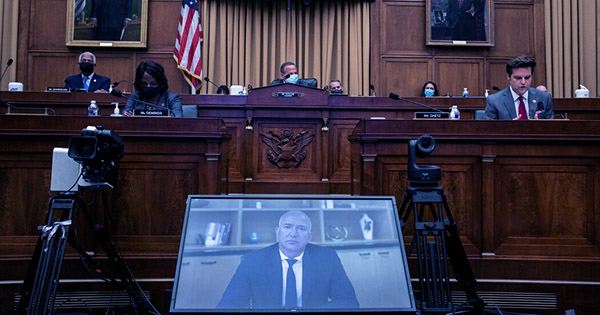 Breaking up Big Tech has resurfaced as a key policy topic in Washington, thanks to the arrival of US Federal Trade Commission Chair Lina Khan. The issue appears to be bipartisan, with Republicans and Democrats agreeing that monopolistic behavior in the tech industry should be curtailed. The situation on the ground, however, is more complicated.

This wrangling among legislators over how to govern Big Tech is unlikely to stop anytime soon. However, as the United States enters a new era of digital revolution accelerated by the epidemic, Congress is united in its opinion that Big Tech’s dominance must be limited in order to protect the free market.

Small businesses and consumers alike currently have little choice but to be linked to Big Tech in order to participate in today’s modern economic engine. And, as a result of the pandemic, the five biggest tech behemoths are expanding at a breakneck pace never seen before in capitalism’s history.

Big Tech corporations have spoken out against regulations that would break up their corporate operations, claiming that reform would result in a loss of R&D, unworkable market fragmentation, and higher consumer service costs.

According to a survey commissioned by a tech industry trade association backed by Big Tech corporations like Apple, Facebook, and Amazon, Americans believe that Congress should focus on tech regulation as a low priority. The economy, public health, climate change, and infrastructure were all listed as major priorities for Americans. According to the survey, Americans are more likely to oppose the legislation if it affects services like free shipping on Amazon Prime items.

Perhaps this poll, as well as the nonpartisan mood among elected officials, indicates that, following COVID-19, society has become more cognizant of its reliance on tech behemoths, for better or worse. American workers have adapted to remote work over the last 18 months. They use Big Tech programs to interact with coworkers, run businesses, and purchase groceries and other necessities. Many organizations have announced their move to a totally remote or mixed work paradigm, thus this dynamic is unlikely to change.