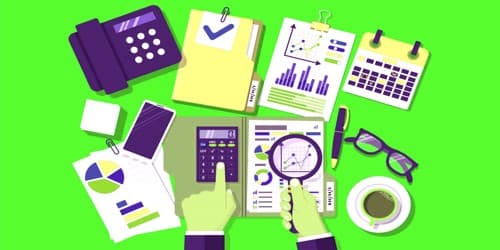 Periodical Audit is usually implicit to be an audit that is not commenced until after the end of the financial period and is then carried on until finished.  In this audit, there is a cent percent checking of the accounts. The auditor carries on his audit work constantly till it is accomplished. Hence, errors and frauds cannot be detected easily and quickly.

A periodical audit is conducted once a year. It is a less expensive system and suitable for small business houses. So, an auditor devotes less time and labor. So, the remuneration paid to him will be less. It takes less cost and effort than a continuous audit.

In this audit, work can be allocated easily according to the time schedule. The audit work can be finished quickly within a reasonable time. The auditor uses statistical sampling methods and techniques which lead to time effectiveness. The auditor can determine the weakness of all employees including management. When weakness is eliminated there is better performance

An auditor continuously checks the books of accounts until and unless the work of an audit is over. As audit work is done only in one continuous session, the chance for an alteration of figures is minimum. So, the work of an accountant of the client will not be disturbed for a long period of time.

In other types of audits, the adjustment is probable in the audit. But in this audit, the adjustment of any type is not possible after the audit. An auditor conducts audits regularly; so there is less chance to alter figure which minimizes the chances of fraud. So, there is no chance of alteration or manipulation of figures.

This audit serves the shareholders by giving them the most reliable financial information for investment purposes.

The periodical audit has the least amount of time. So, the work of audit is finished under planning. An audit program is maintained which provides the timetable of the working of the audit staff and the chief auditor can manage the audit work. According to planned work the auditor can control the audit of many business units.