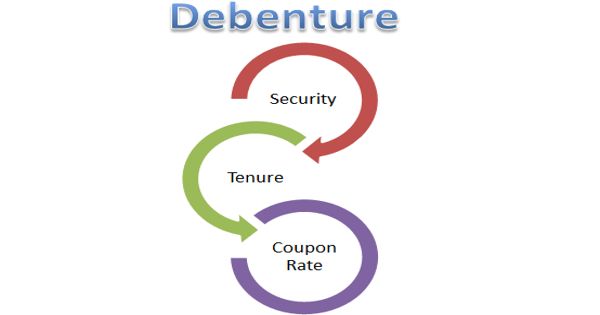 A debenture is a type of bond or other debt instruments that is unsecured by collateral. It is used to issue the loan by government and companies. The total capital of joint-stock companies can be divided into owner’s capital and borrowed capital. The loan is issued at the fixed interest depending upon the reputation of the companies. Share capital is the owner’s capital whereas debenture is considered as borrowed capital. The buyers of shares i.e. shareholders possess the voting right through which they own control power of the company. The debenture is a long-term loan. When companies need to borrow some money to expand themselves they take the help of debentures. Companies can raise additional capital by the issue of debentures. Since debentures have no collateral backing, debentures must rely on the creditworthiness and reputation of the issuer for support. Debenture-holders receive fixed income in the form of interest during the loan period, however, they do not possess the voting right.

A debenture is a written promise for a debt by a company under its seal which contains the terms and conditions regarding the amount of loan or principal, the rate of interest, maturity date, maturity value, etc. These are written instruments of debt that companies issue under their common seal. In other words, a debenture is a certification of acknowledgment issued with the seal of the company in favor of the lender as evidence of debt. These are issued to the public as a contract of repayment of money borrowed from them. This written document grants the holder the right to receive interest and return of principal as per the terms under which debentures are issued. These are also offered to the public at large, like equity shares. These are actually the most common way for large companies to borrow money.

Features of a Debenture

A debenture is an instrument used by a lender, such as a bank when providing capital to companies and individuals. Thus, a debenture is a part of the total capital of a company and debenture-holders are the creditors. Debenture includes debenture stock, bonds, and any other securities of a company, whether constituting a charge on the assets of the company or not. Debenture-holders have entitled to the right to receive interest on their fund invested in the debenture. The rate of interest is predetermined and stated in the bond certificate. The company may or may not give a charge on the assets of the company as security for the loan. The interest is payable whether there is profit or loss. The amount of debenture is returned to the holders at the end of the predetermined maturity period.