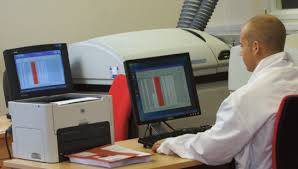 Costs for Analytical and Decision-Making Purposes

Sunk cost is invested cost or recorded cost. A sunk cost is one which has been incurred already and cannot be avoided by decision taken in future. Sunk cost may be defined as “an expenditure for equipment or productive resources which has no economic relevance to the present decision-making process”. Sunk cost is a past cost which cannot be taken into account in decision making. Sunk cost may also be defined as the difference between the purchase price of an asset and its salvage value. Non-incremental costs (i.e., cost which do not increase) are also, at times, termed as sunk costs (one specific group of non-incremental costs). Differential costs: Differential costs arise on account of the change in total costs associated with each alternative. In the language of the AAA committee, “it is the increase or decrease in total costs, or the changes in the specific elements of cost that results from any variation in operation.” Differential cost consists of both variable and fixed costs.

The differential cost between any two levels of production is

(ii) the increase or decrease in fixed costs.

Opportunity costs are the economic resources which have been foregone as the result of choosing one alternative instead of another. The unique feature of an opportunity cost is that no cash has changed hands. There is no exchange of economic resources. It results from sacrificing some action. They are never shown in regular cost accounting records.

Some amount—say, Rs. 5,00,000—in the purchase of one modern equipment which is necessary to run the business. This amount, as present, cannot be invested in equity shares of dividends. The loss of interest that would have been earned from this type of investment (shares and debentures) is the opportunity cost. One alternative—investing in equipment—is chosen over another alternative (investing in shares and debentures is sacrificed). The economic resources—interest from debentures—have been foregone, which is termed as opportunity cost. Its role is important in decision-making process.

These are costs which may be postponed to the future with little or no effect on current operations. Actually it means deferring the expenditure to some future date. It does not mean that the cost is avoided and rejected summarily.

Repairs and maintenance. Avoidable costs: By choosing one alternative, costs may be saved. That means by avoiding one, and choosing another, costs can be saved.

By not manufacturing a new product, the appropriate direct material, labour and variable costs can be avoided. Out-of-pocket costs: Out-of-pocket cost means those elements of cost which warrant cash payment in the period under consideration. This is helpful in deciding whether a particular venture will at least return the cash expenditure caused by the expected project. Example: Taxes, insurance premium, salaries of supervisory staff, etc.

Generally they are not distinct costs as such. According to this, common costing principles and procedures are being adopted by a number of firms. These costs are mainly intended for inter-firm comparison.

It is the aggregate of variable costs. It is useful in various ways for the management. Common costs: Common costs are those costs which are incurred for more than one produce, job territory or any other specific costing object. The National Association of Accountants defines common costs as “the cost of services employed in the creation of two or more outputs, which is not allocable to those outputs on a clearly justified basis”.