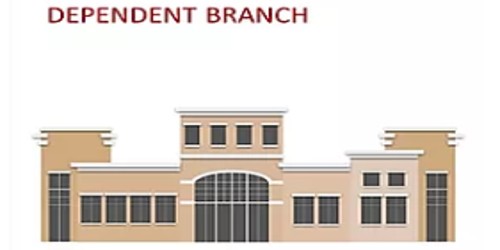 Under the dependent branch, two types of branches are included, which is termed as service branch and retail branch.