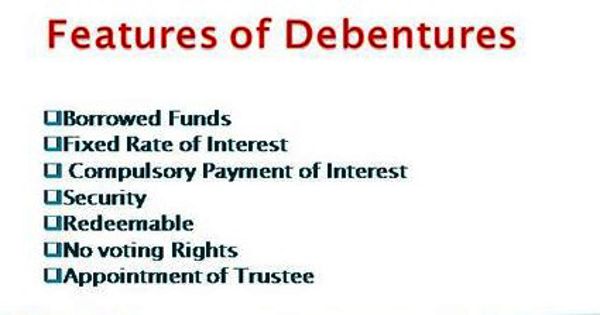 Debentures are nothing but documents. In other words, they possess documentary value. Debentures are some of the debt instruments which can be used by government, companies, organization for the purpose of issuing the loan. It is basically just a bond. It acknowledges the fact that the company has borrowed a debt. The person who buys these debentures becomes the company’s creditor.

Following are some of the features of Debentures: 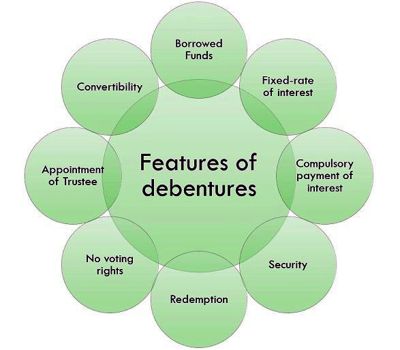 Debentures may or may not carry a charge on the company’s assets. Debentures are the capital funds that are borrowed by the authority bodies from the public while seeking capital; however, the company needs to repay the capital to the investors within a stipulated period of time. Interest on debenture is payable even if there is a loss.

Interest payable on a debenture is a charge against profit and hence it is a tax-deductible expenditure. The company is obligated to the debenture holder interest payment in priority irrespective of the condition of profit or loss in their business. They are also entitled to the redemption of their capital as per the agreed terms.

They have no voting rights. Debenture holders are the creditors of the company; thus, have no right to say or make a vote on any internal matters of the company until their rights are being affected or the company asks their opinion in special circumstances.

At the time of issuing of debentures to the public investing in your company, a deed is signed by the person appointed as trustee, the trustee is supposed to ensure that the borrowing firm fulfills its institution. They can apply for winding up of the company to safeguard their interests.