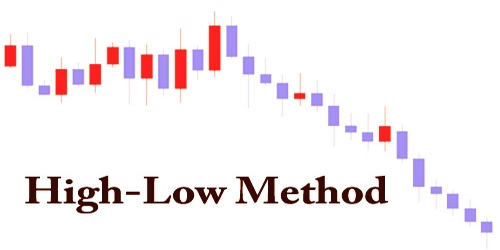 The formula for developing a cost model using the high-low method is as follows: 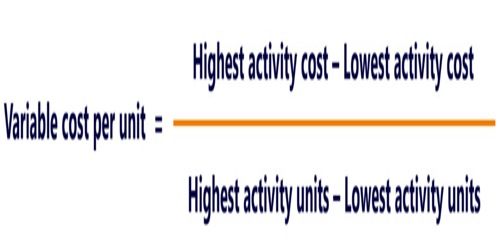 Once the variable cost per unit is determined:

The resulting cost model after using the high-low method would be as follows:

Costs attributable to a product, product line, equipment, store, regional distribution area, or subsidiary consist of both variable and fixed costs. An analyst or accountant may employ a technique known as the high-low method to calculate all cost components of the total cost.

The high-low approach is a simple way of distinguishing fixed and variable costs. Cost accountants can rapidly and accurately calculate the cost behavior information by having only two data values and some algebra. Even the high-low approach does not use or require any methods or programs that are complex. However, the formula doesn’t take inflation into consideration and provides an awfully rough estimation because it only considers the intense high and low values, and excludes the influence of any outliers.

The high-low approach is fairly inaccurate, as it only takes into account two extreme rates of operation. The high-low approach assumes that the fixed and variable unit costs are constant, which in real life is not the case. Because it uses only two data values in its calculation, variations in costs aren’t captured within the estimate. The high-low method is mostly not preferred because it can yield an incorrect understanding of the information if there are changes in variable or fixed charge rates over time or if a tiered system is used.