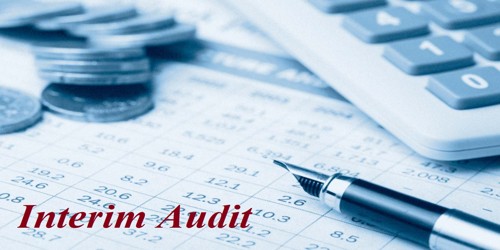 An audit conducted in between the two annual audits with a view to find out interim profits to enable the company to declare an interim dividend is known as Interim Audit. It involves preliminary audit work that is conducted prior to the fiscal year-end of a client. It is a kind of audit that is conducted between the two periodical or balance sheet audits. It is a part of audit work where audit testing is performed on interim financial statements. It helps the management to take a timely and appropriate decision. For example – decision regarding payment of interim dividend. It is a kind of audit that is completed between the periodical or balance sheet audit.

G. William says that an interim audit is one when the auditor completes an audit up to the date of a set of interim accounts, for example. quarterly or half-yearly accounts.

L. R. Howard defines an interim audit, as this is when an audit is conducted to a particular date within the accounting period.

Sometimes this audit is also performed as the result of the request from the client. This audit also helps the auditors, who now have more time available during their peak audit season to engage in activities for more clients. Normally, auditors perform interim audit two or three months before the year-end come and audit. This is a relatively uncommon event since publicly held companies only need to have a review conducted at quarterly intervals, not a full audit. It does not usually yield any formal reports from the external auditors. At the final audit the auditor would have known with some assurances the high-risk areas identified during the interim audit. This will significantly reduce audit risk to an acceptably low level.

An interim audit can be conducted in the following circumstances: