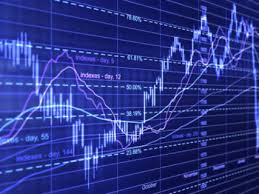 What is Meant by Profit Volume Ratio?

What is Meant by Profit Volume Ratio?

The profit volume ratio, also called the contribution margin ratio or the variable profit ratio, is one of the tools accountants use to maximize the effectiveness of a business’s production and ensure it makes and sells the most profitable mix of products. Specifically, the profit/volume ratio expresses the gross profit made on a unit of production as a fraction or percentage of its selling price. It has a limited use on its own and is a component of a number of other cost calculations, such as the analysis of a company’s break-even point.

The P/V ratio shows the rate at which profit increases with volume. The cost accountant will compare the P/V ratio of different product lines to find the most profitable items for the company to produce. A product line may have a larger contribution per unit, but be shown to be less profitable when the P/V ratio is applied. For example, if the company sells product B for £125 with variable costs of £75, the contribution of one unit is £50, higher than product A’s £22.50. However, dividing £75 by £125 and multiplying the result by 100 produces a P/V ratio of only 40 percent, compared to product A’s 45 percent. It is therefore more profitable for the company to produce product A than product B. If the only two results available to the cost accountant are contribution and profit/volume ratio, the P/V ratio is a better indicator for decision-making.

The two main components of the P/V ratio are variable costs and selling price. Variable or direct costs are those that increase in line with production volume; the more a company produces, the higher its total variable costs will be. For each product line a company sells, it needs to know the cost of raw materials, production labour and direct expenses such as commission or delivery charges, which will rise as production increases. In contrast, fixed costs are overheads such as rent, rates, managers’ salaries and other costs that remain constant regardless of the amount a company produces. The selling price per unit will cover the variable costs of producing it, include a contribution to fixed costs and give the company a profit.

A company may be able to improve the P/V ratio for a specific product by increasing its selling price and/or reducing its variable costs. For example, it may be able to source raw materials more cheaply or produce the item more efficiently, reducing labour costs. The company may improve its overall P/V ratio by changing its product mix, making more of product A and less of product B in the example above. However, other factors must be taken into account, for example the volume and price point that the market will stand.