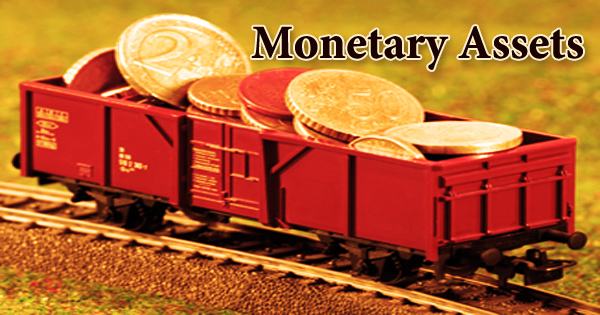 Assets with a fixed value in terms of currency units are referred to as monetary assets (e.g., dollars, euros, yen). Every asset has a monetary value; its worth is unaffected by macroeconomic events such as inflation, exchange rate changes, diminished buying power, or demand-supply imbalances. Even when macroeconomic variables like inflation reduce the currency’s buying power, these assets are listed as a constant dollar value. They do not depreciate or appreciate in value since their worth is fixed in terms of money.

As a result, $50,000 in cash now will still be regarded $50,000 a year from tomorrow. Cash, investments, accounts receivable, and notes receivable are examples of monetary assets. The phrase can be narrowed to exclude any assets that aren’t easily convertible into cash (such as long-term investments or notes receivable). Monetary assets are assets that do not vary in dollar terms and have a contractual commitment to deliver a specific number of currency units; in other words, they are static.

However, if the price of products and services changes in general, their purchasing power may alter. A monetary asset can neither become outdated nor increase in market value (appreciation) over time. All monetary assets are classified as current assets and are shown on a company’s balance sheet as such. Some of the most typical monetary assets possessed by a business are:

Monetary assets will lose value in an inflationary environment unless they are invested in interest-bearing or appreciating assets that generate returns that are equal to or greater than the rate of inflation. Two key characteristics of monetary assets include:

A monetary asset, on the other hand, does not have its value restated in the financial statement. One year ago and now, a trade receivable will be recorded at $1,000. As a result, monetary assets do not require a periodic restatement of value. Despite the fact that, if the first figures are in units of unfamiliar cash, the worth of financial resources should be rehashed by the predominant conversion scale on the end date.