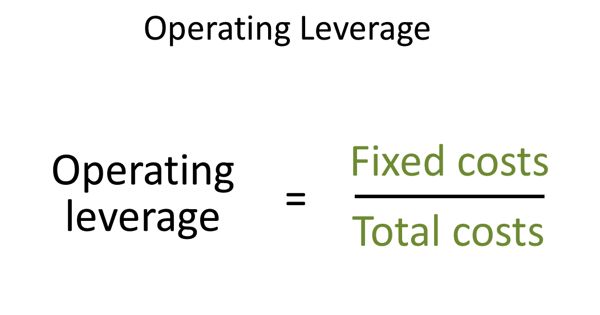 Operating leverage is used to measure the business risk. It is a cost-accounting formula that measures the degree to which a firm or project can increase operating income by increasing revenue.

There are several different formulas for calculating this leverage:

Operating leverage is used to measure the business risk. It measures a company’s fixed costs as a percentage of its total costs. Business risk is the risk of the firm not being able to cover its fixed operating costs. It is used to evaluate the breakeven point of a business, as well as the likely profit levels on individual sales.