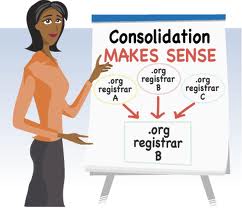 The financial statements as of December 31, 2011 of the companies included in the scope of consolidation, prepared in accordance with Group accounting policies with reference to IAS/IFRS, have been used for consolidation purposes.

The main accounting principles and standards applied in preparation of the consolidated financial statements and of the Group aggregate financial disclosures are set forth below.

These Consolidated Financial Statements have been drawn on the going concern assumption, as the Directors have verified the inexistence of financial, performance or other indicators that could give rise to doubts as to the Group’s ability to meet its obligations in the foreseeable future. The risks and uncertainties relating to the business are described in the dedicated sections in the Report on Operations. A description of how the Group manages financial risks, including liquidity and capital risk, is provided in note 39.

The scope of consolidation includes subsidiaries and associates.

All the companies over which the Group has the direct or indirect power to determine the financial and operating policies are considered subsidiaries.
The assets, liabilities, costs and revenues of the individual consolidated companies are fully consolidated on a line-by-line basis, regardless of the percentage owned, while the carrying value of consolidated investments held by the Holding Company and other consolidated companies is eliminated against the related share of equity.

All intercompany balances and transactions, including unrealised profits deriving from transactions between consolidated companies, are eliminated. Unrealised losses are eliminated, unless it is likely that they will be recovered in the future.