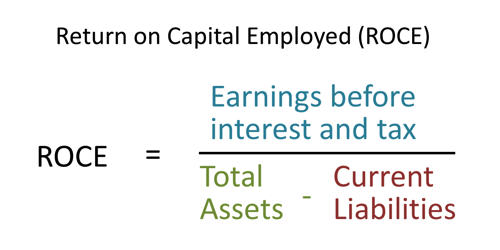 Return on capital is a profitability ratio. Return on capital employed is an accounting ratio used in finance, valuation, and accounting. It measures the return that an investment generates for capital contributors, i.e. bondholders and stockholders. It is a useful measure for comparing the relative profitability of companies after taking into account the amount of capital used. It indicates how effective a company is at turning capital into profits.

In the denominator, we have net assets or capital employed instead of total assets (which is the case of Return on Assets). Capital Employed has many definitions. In general, it is the capital investment necessary for a business to function.

ROCE uses the reported (period-end) capital numbers; if one instead uses the average of the opening and closing capital for the period, one obtains return on average capital employed (ROACE).

The general equation for return on capital is: (Net income – Dividends) / (Debt + Equity)

We can calculate MM’s return on capital using the above equation:

note that for some companies, net income may not be the best profitability measure to use. You want to make sure that the profit metric you put in the numerator provides a genuine measure of profitability. 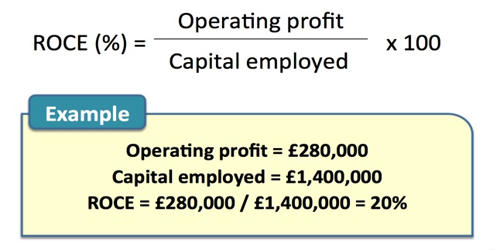 ROCE is used to prove the value the business gains from its assets and liabilities. Return on capital is most useful when you’re using it to calculate the returns generated exclusively by the business operation itself, not the short-lived results from one-time events. Companies create value whenever they are able to generate returns on capital above the weighted average cost of capital (WACC). A business that owns much land will have a smaller ROCE compared to a business that owns little land but makes the same profit. If a company is able to generate returns of 15-20% year after year, it has a great system for transforming investor capital into profits.

The main drawback of ROCE is that it measures return against the book value of assets in the business. As these are depreciated the ROCE will increase even though cash flow has remained the same. Thus, older businesses with depreciated assets will tend to have higher ROCE than newer, possibly better businesses. In addition, while cash flow is affected by inflation, the book value of assets is not. If, for instance, a company can generate 15%-20% returns year after year, it clearly has an effective system for turning investor capital into profits.