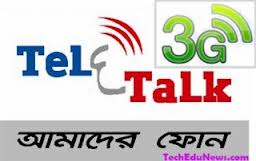 The financial statements have been prepared on going concern basis under the historical cost convention on Generally Accepted Accounting Principles (GAAP) in accordance with the Bangladesh Accounting Standards (BAS) and Bangladesh Financial Reporting Standards (BFRS), Companies Act 1994 and other applicable laws and regulations.

The Company has been experiencing operating losses during last few years, negative cash flows during the period, working capital deficiencies and adverse key financial ratios. However, the management has reviewed the projected cash flows and profit forecast and concluded that the Company is expected to overcome the present situation in a foreseeable future. The Company’s projected cash flow and profit is supported by the fact that it will increase its subscribers. As a result, the Company does not anticipate any adverse situation that may affect the going concern status of the Company.

Recognition of property, plant and equipment:

Properties, plants and equipments are stated at cost less accumulated depreciation. Cost includes expenditure directly attributable to the acquisition and installation of the assets. Any repairs and maintenance to the assets are charged to the income statement as expenses during the period when these are incurred.

Depreciation of property, plant and equipment:

Depreciation rates used are as follows:

statements amortization has been charged proportionately for six months.

Deferred expenses representing project implementation cost, documentation fees and training expenses has been charged in these financial statements with a view to write off in 4 years commencing from the period of incurrence of such expenses. For the purpose of these financial statements amortization has been charged proportionately for six months.

Inventories include SIM card, scratch card, cash cards and mobile sets. Those are measured at the lower of cost and net realizable value. Cost is determined using the weighted average costing method.

Stock of service handsets for employees:

Stocks of service handsets for employees are valued at original cost. These are charged as expenses at the time of issued for employees.

Sundry debtors consist of receivable from distributors, dealers, inter-operators and unrealized bills for network revenue which are recognized at the balance sheet date.

Current income tax is recognized on the basis of company’s computation based on the best estimated profit for the period at the rate of 45% pursuant to provisions of Income Tax Ordinance 1984 and the relevant Finance Ordinance. Despite of having no taxable income a tax provision @ 0.25% of total turnover has been accounted for in accordance with aforesaid Finance Ordinance.