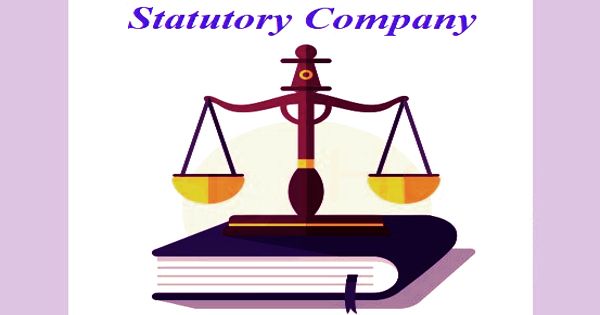 A company incorporated by a special Act of the legislature is called a statutory company. It is an autonomous body and is free from government control in respect of its internal management. It can be approved by either the Central or State Legislature Statutory Company.  Bangladesh Bank, State Bank of India is an example of such a company. These companies are public enterprises brought into existence by a Special Act of the Parliament. It is supposed to be self-sufficient in financial matters. However, in case of necessity, it may take a loan and/or seek assistance from the government.

It has a separate legal existence. The government wholly provides its capital. Despite the fact that statutory companies have limited liability, they are not always required to utilize the limited title. These companies are formed mainly with the intention to provide public services like gas, water, electricity, etc. They are required, however, to provide annual reporting to the Legislature-Parliament. It is a company which is enabled by a specific act of Parliament and whose objective, authorization, power, and operation define by such an act is called a statutory company. 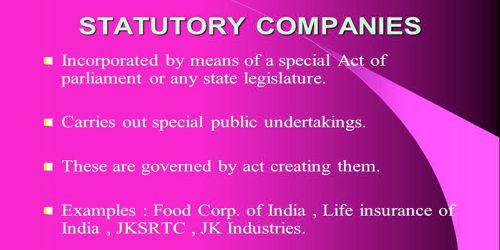