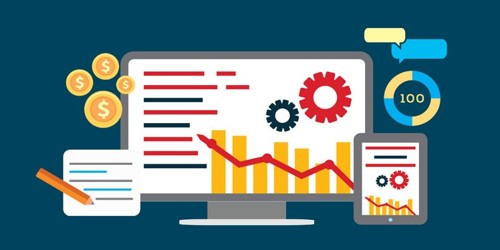 Royalty is the sum payable by the lessee to the lessor for the use of rights vested in the lessor. Royalty payments are made according to carefully constructed contracts, so it’s important to employ an accurate accounting system to keep track of them. It is paid for extraction of mines, for use of the patent, for use of technical know-how, to an author for sale of his books, etc. It is the system of sharing of revenues between the lessee and the lessor.

Before proceeding to the accounting treatment of royalty, it is better to understand the following terms:

Minimum rent is also known as dead rent, fixed rent, flat rent, rock rent, and contract rent. It is the amount that has to be paid by the lessee to the lessor whether or not he has derived benefit from the asset. A minimum sum guaranteed to the lessor by the lessee in order to make the lessor receive a minimum amount in any particular period, whether he derived any benefit or not, out of the right is known as minimum rent. Hence, it is also called Dead Rent or Rock Rent. It is a pre-determined rent and being disclosed in the royalty agreement where both parties have their consent. But if the production or sale is more than the minimum quantities previously agreed upon, then the royalty will be paid for the actual production. Minimum rent can be a fixed sum for every year or may change every year as per the terms of the agreement.

Short working is the amount by which the minimum rent exceeds actual royalty. It is the excess of Minimum Rent over the Actual Royalty payable. In other words, whenever the minimum rent is more than the actual royalty, the difference is called redeemable dead rent. It is calculated only when it is allowed to be adjusted against the future royalties by the lessor. Suppose, if a mine owner agreed to let the mine to a lessee for $ 20,000 for extraction of 1,000 kg. of coal and lessee actually produced only 600kg. of coal. Then $ 8,000 (i.e. $20 X 400kg.) is known as short working. [Short-workings = Minimum Rent – Actual Royalty]. Short working is also called ‘royalty suspense’ by the lessor.

A strike is the outcome of labor force unrest in the work and it is being called by the labor unions. On the other hand, a lockout is the right of the owner of the assets fulfilling legal necessities to close down the working site. But the result of both cases shows the production stoppage. In such an event, the actual production could be badly affected and may not be sufficient to pay the minimum rent. Under such conditions, the lessor may accept royalty on the basis of actual output. The provision to this effect must be presented in the royalty agreement.