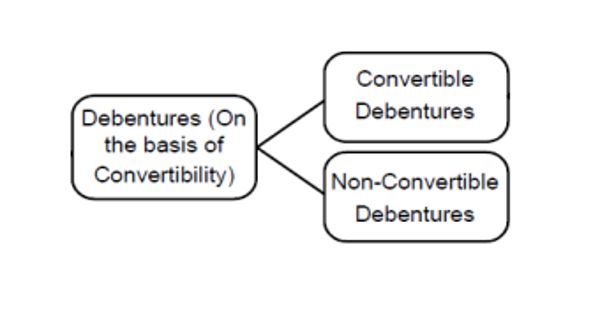 Types of Debentures on the Basis of Convertibility

Debentures are the most popular form of debt capital. A debenture is a written tool accepting a debt under the general authentication of the enterprise. It is an agreement to be agreed between the corporation and the debenture holders that decides the characteristics of a debenture. As in the case of any debt, the debentures have two fundamental features of periodic payment of interest and repayment at a specified point of time. It is essential to prepare an agreement that clearly expresses all the terms and conditions.

Types of Debentures on the Basis of Convertibility

Non-convertible debentures are simple debentures with no such option of getting converted into equity. The debentures which can’t be changed into shares or in other securities are called Non-Convertible Debentures. Their state will always remain in debt and will not become equity at any point in time.