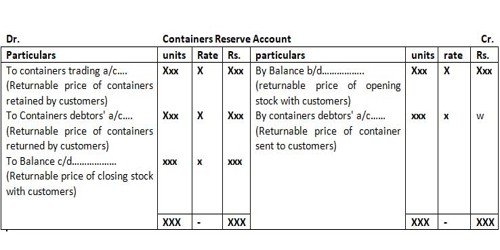 The purchasing price or the manufacturing cost of the containers is referred to as cost price.

A particular amount can be charged to the customers for the container, which is known as charged out price. The price is charged by the firm to its customers at the time of despatching the containers and may also be treated as selling price.

When a customer returns the returnable containers in good condition within a stipulated time, he/she will be refunded a certain amount which can be termed as returnable or refundable price. The price is credited by the firm on account of packages returned by the customers within the stipulated period (i.e., credit given price).