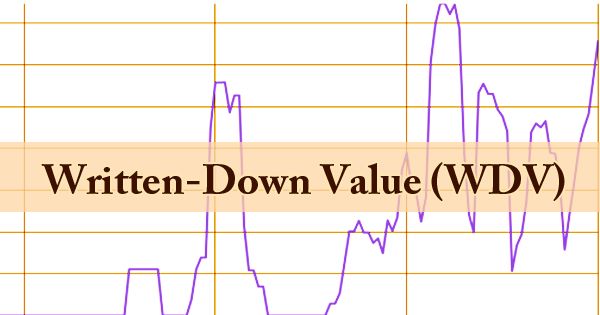 Written-down value is the value of an asset after paying for depreciation or amortization, also known as the Reducing Balance or Reducing Installment Method or Diminishing Balance Method. Under this process, the depreciation is measured on the decreasing book value commonly known as ‘WDV’ of the asset (book value less depreciation) at a certain fixed percentage per year. In short, from an accounting perspective, it represents the present value of a resource held by a company. In the financial statements, this value is included on the balance sheet of the company. The use of the book value (the balance advanced from the previous year and the fixed depreciation rate results in lower depreciation charges over the asset’s life period.

Here are the key points we should know about the written-down value:

Often called book value or net book value is the Written-down value. Both salvage or scrap value and removal costs are neglected when applying the depreciation rate. The book value cannot be reduced to zero; but at the end of its useful life, it can be reduced to close to its salvage value. There are different conventions of accounting designed to best align revenue and expenditures to the duration in which they are incurred. One strategy that businesses often follow is known as depreciation or amortization.

The rate of depreciation may be determined using the following formula: 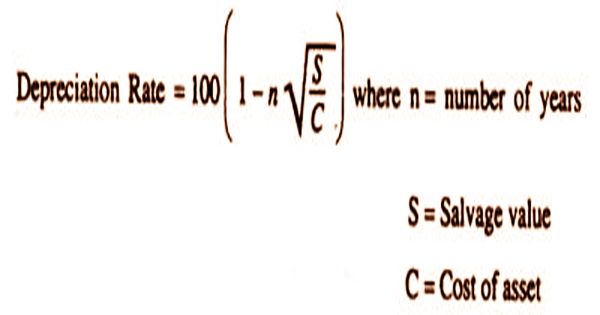 Using the amortization method, the written down value of an asset may be calculated. As this method is used the book value of an asset is reduced to a certain period on the company’s balance sheet. In general, businesses use depreciation for real assets such as equipment, and amortization, such as patents and software, for intangible assets. Both approaches allow businesses to invest capital of economic value over a longer period of time. Intangible assets cannot be seen physically; patents, trademarks, and intellectual property are common examples. The firm is able to maintain sufficient records of them in the written-down value as intangible assets are amortized.

Written-down value can also be estimated using the diminishing balance approach in any other case called depreciation. The written-down price of an amortized asset is essential because it helps the organization to maintain tabs on them. When an asset is amortized to zero, it can be taken off the books or might also need to be renewed. When the depreciation method has used the value of an asset is decreased by a certain percentage, especially tangible assets on the book value of the business. Typically, depreciated assets begin at their purchased price on the books and are often sold before being depreciated to zero. The written-down value of a depreciated asset is the present value of the asset, which is essential for accounting purposes.