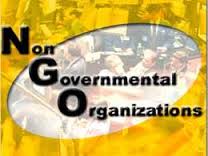 Assignment on Role of NGOs in Bangladesh Economy

During the recent years the role and activities of different Non-Governmental Organization i.e. NGOs are being widely discussed in Bangladesh. The people of different walks of life, the policy maker, the politicians, the media and even the high level Govt. Officials are taking part in the debate. The reason is not hidden. The NGOs started their journey in Bangladesh just after the liberation war. At the beginning the NGOs appeared with some apparently noble programmed like reconstruction of war-torn Bangladesh. They came forward to help the rural people to motivate their participation in income generating activities by lending money on easy terms and also by offering consultancy services. Gradually they took programmed like population control, alleviation of poverty, eradication of illiteracy, sanitation, adult education and environment improvement and so on. But very soon the people, the press and the administration began to suspect the role and activities of the NGOs. NGOs are often found reluctant to produce evidence of the source and the amount of fund received and disbursed. Sometimes it appears as if they have formed an administration of their own parallel to the Government ignoring the legal framework existing in the country. It has also been observed that after all these years the fate of the rural poor people remained the same though millions of dollars have been spent in the name poverty alleviation. On the other hand the men in the NGOs are becoming richer and richer day by day. Most serious of all, very recently some NGOs have been found to participate in the national politics though they are not supposed to do so. In such a condition a study of role of NGOs necessitated.

This report attempts to show the emergence of NGOs in Bangladesh and tries to scrutiny their programmed and activities, their success and failure.

It is expected that this report will help the policy maker and the Government as well to take decision to monitor and if required to promulgate new rules and regulations to ensure better coordination to get better out-puts from the NGOs.

Like many other countries of the 3rd World Bangladesh is also beset with several social-economic problems. Furthermore, in the context of Bangladesh, its rural crisis is more acute. Being one the poorest countries of the world, most of its rural people live below the average poverty line. They are illiterate and ignorant. They out-number the available resources and job opportunities. Bangladesh government with its limited resources cannot alone help theses people to come out of the prevailing worse situation. Considering this infra-structural socio-economic condition many Non Governmental Organizations commonly known as NGO have come forward and extended their helping hands to share in the uplift programmer in the rural as well as vulnerable urban areas of the country.

The terminology NGO may be used to include any institution or organization outside the government and as such may include political parties, private and commercial enterprise, co-operative, trade unions, etc. In fact, the terminology involves all those organizations, which are concerned in multi-dimensional development activities with the objective of alleviating poverty of the rural and urban poor.

Though the NGOs work outside the government structure, they work within the legal framework of the country. In Bangladesh, the NGOs are used to register themselves with the Government under the Voluntary Social Welfare Agencies (Registration and control) Ordinance of 1961 and the Foreign Donation (Voluntary Activities) Regulation Ordinance of 1978. Presently, in Bangladesh there are as many as 13,000 organizations registered under the societies Act and 438 organizations registered under the 1978 Ordinance. However, among these organizations, roughly 600 are engaged in development activities (Task Force Report: 1991), Given the heterogeneity and overwhelming number of NGOs it is somewhat difficult to categorize them into distinctive types, NGOs could be classified as follows:

The NGOs mostly receive funds from three sources. These are:

It is quite difficult to define Rural Development in a sentence.  As we know our rural life covers a wide range elements and components both natural and man-made like population, environment, religion, culture, health, education, agriculture, economy and so on. Hence in a general and broader sense rural development aims at improvement of the quality of the rural mass, their life and way of life. In fact rural development encompasses the whole range of activities related to the improvement of the following:

However, in the opinion of many development professionals and policy makers NGOs have proved themselves proficient enough to improve the fate of the poor mass of the society who are mostly remain ignored in the Government programmed planning and implementation procedure. On the other hand the NGOs have succeeded in generating awareness among the ignorant people and motivated them to participate in different development activities those are meant for them.

Journey of NGOs in Bangladesh

Prior to independence in 1971, only a few NGOs operated in the then East Pakistan, now known as Bangladesh.  The NGOs campaign in Bangladesh began only after the liberation war of 1971 and a number of NGOs emerged during this period to tackle relief and rehabilitation activities in war torn Bangladesh since the Government mechanism was not quite enough to face the crisis.

This welfare orientation in NGOs prolonged till 1974. Thereafter, they extended their field of development activities through community development approach. During this time emphasis was given on boosting food production though the use of modern firm technology. Thus, from the beginning of 1976, some NGOs modified their strategy and administered their programmers and services to benefit the poor. This is now known as the target group approach where the poor with similar economic interests were grouped together. Besides mobilizing the poor, the NGOs also provide various support services ranging from training, credit, income generation, health, etc. to developing the capacity of the poor and the economic empowerment.

Inadequate. In such a miserable condition some NGOs have come forward with poverty alleviating programmers.

NGOs of Bangladesh have increasingly become subject to criticism about their role and functions, by the government, political parties, professionals and public in general. The issues of criticism are as follows:

i)    NGOs are taking funds from various donor agencies. Though they operate within the legal framework of the country, in most cases they are accountable to the donor agencies rather than Government of Bangladesh.

ii)   Political parties, particularly the; leftist parties, critic’s NGOs for taking funds mostly from western donors and from the national institutes of the capitalistic governments. Leftist parties argue that this is one kind of patron-client relationship, which increases dependency and hinders social revolution.

iii)    The most serious allegation against the NGOs is that in spite of hundreds of NGOs working in Bangladesh for years together, yet the reduction of poverty is not visible. Rather poverty is increasing day by day while in the name of helping poor people the number of millionaire is increasing every year.

v) Some NGOs are related with politics, which is against law.

VI)     NGOs those receiving funds exclusive from Christian church organizations accused of conversion. If any NGO is involved in such activities government should take action rather than accusing all NGOs (Task Force Report: 1991)

VIII)     NGOs are accused of area biased. They have concentrated themselves in the thanes nearer to Dhaka. As a reason, people of these areas are getting benefits from different sources, while people of other remote areas are deprived of those resources.

IX)           NGOs are working with the government without having any coordination among them. It creates duplication of activities and wastages of money.

Though the NGOs are playing a significant role in the national development of Bangladesh their role is not out of question. Major activities in the field of organization building for the poor, agriculture, poverty alleviation, environment, health and population, education, etc. are being done by NGOs in am undisciplined way. There is no coordination among the NGO s. There should be set rules and policies to ensure coordination between the Government and the NGOs in implementing different people oriented programmers and schemes. NGO Affairs Bureau can play the key role of the coordinator. Through sharing information NGO Affair Bureau can help NGOs to avoid duplication, repetitions and concentration on NGOs activities in a particular geographical location or in a specific sector.

NGOs are working parallel with the government, but Pushup (1987) suggests that in certain situation, NGOs have a number of advantages over government agencies. These are mentioned bellow-

In fact the above-mentioned situations do not exist in Bangladesh. NGOs are giving thrust for the alleviation of poverty when poverty alleviation is one of the prior objectives of the government too. So instead of working in parallel and individually, coordinated and united efforts are necessary for alleviating poverty and achieving the objectives of rural development.

I have taken secondary steps to collect necessary data information for the report on “The Role of N G O s in Bangladesh Economy”.

I can collect primary data but that will not be a job of intelligent person cause there are so many source of primary data so it was a time consuming task.

I have collected secondary data from

External Secondary information were collected from