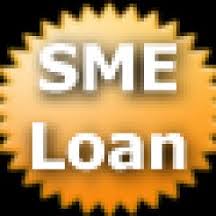 Analysis of SME Loans in BBL

Investments in the SME Sector by the Banking Industry

The market of SME loans is dominated mainly by the NCBs with a market share of 53.37%. The total size of the market is Tk. 45.652 billion. Category-wise distribution of SME loans in the banking industry is shown in the following table:

The top ten market players in the SME banking sector and their market share are shown below:

Reasons Behind the Dominance of NCBs

Government Assistance: Bangladesh Bank provides financial assistance to NCBs and NSBs to invest in the SME sector. This allows them to operate, even with a loss, at a lower price than the other banks. This is one of the main reasons why the interest rates in the NCBs are so low and thus, attractive for the clients.

Growth in SME Financing by the Banking Industry

Investments in the SME sector have experienced an upward sloping curve in the last three years. From Figure 4 we can see that the NSBs have actually suffered negative growth in the year 2005. The growth rate for the PCBs is the highest at 83.61% over the period. The volume of loans in the NCBs increased at 13.20% and in the FCBs at 60%.

Comparison of the Growth Rate of the Major Players

The trend for the top ten market share holders is as follows:

In both 2004 and, the highest growth rate was achieved by Standard Chartered Bank- 3542.86% and 60.13% respectively. However, as the bank has started SME banking only in 2004, this growth rate is expected. Same is the case for Eastern Bank Limited, which has experienced a growth of 328.65% in 2003. The growth rates for the NCBs are less because of the following reasons:

Contribution of the Major Business Divisions

Growth in the Business Divisions of BBL

The growth rate in the business divisions of BBL are as follows:

The year 2003 brought about huge growth in all the divisions of BBL. As the bank began its operations in late 2001, this was expected. Although the growth rate declined in the subsequent years, the bank still managed to sustain at least a 100% growth rate in the retail and corporate division. But the growth in the SME division continued to decline drastically through the years 2004 and 2005. This scenario is clearly depicted in the trend analysis of the loan volumes in the different business divisions of BBL.

The first product introduced in SME banking by BBL in 2001 was Anonno loan, which was an any-purpose loan with a range of Tk. 2-8 lacs. This loan still remains the most dominant product with a share of almost 85% of the SME loan portfolio. After the success of Anonno, Apurba was introduced with a range of Tk. 8-30 lacs. This product also became quite popular and now has a share of 12%. Aroggo and Pathshala were introduced in 2004 to capture specific segments of the SME market, namely the health-care and education sector. These loans have a combined portfolio share of 2.5%. The most recent loans, Digun Rin and Supplier Finance, have not made significant progress yet, and have a combined portfolio share of 0.5%.

Based on investment sector, BBL has segmented the SME market into 4 categories: Trade, Manufacturing, Agriculture and Services. The portfolio share in each of the segments is shown in Figure 9 and 10.

If we compare the sector-wise trend of SME loans as is shown in Figure 11, we can see that investment in the trading companies has the steepest curve. This indicates the huge increase volume-wise in this sector on a year-to-year basis. Service sector, on the other hand, has experienced slow increase in volume up to 2005. However, if we take a closer look at Figure 12 which indicates percentage increase on a year-to year basis, we can see that only the service sector has experienced an increasing trend in terms of percentage growth over the period. Investment growth in the manufacturing sector has also begun to increase from 2004. From these figures it can be concluded that although, the trading sector still accounts for the bulk of the portfolio, manufacturing and service sectors have enormous potential for growth.

Performance of SME Loans of BBL

The performance of a loan is determined by the repayment status of that loan. A loan has two statuses which determine its performance:

Performance in Comparison to Other Business Divisions

To analyze the performance of loans, BBL maintains records of overdue installments. In some cases, clients pay partial installments and in such situations, the installment is counted as per the proportion of paid amount to installment amount. There are two measures of performance evaluation in BBL.

An analysis of the above table will reveal that in case of retail and corporate loans, most loans are irregular for one or two installments. The case is different with SME, though. In SME, the CROs pursue clients for repayment right from the first installment date. Therefore, the chances of irregularity are minimal. However, in case of larger SME loans, irregularity exists because the installment amounts sometimes become too big for the clients and they find it difficult to pay. In comparison with retail loans and corporate loans, the PAR is very low for SME loans.

Performance of SME Loans Over The Last Three Years

If we consider the PAR over the last three years, as is shown in Figure 14, we can see that the PAR of SME and Corporate loans has decreased in 2005, whereas that of retail loan depicts a reversal. The sudden increase in PAR of retail loans is due to the introduction and irregularity of one product- the Salary Loan, which makes up a bulk of the retail portfolio. The decreasing trend of PAR of SME loans is a reflection of their better performance. The trend for corporate loans is also decreasing. However, it has always been more than that of SME loans.

Figure 15 shows the arrear ratio of the BBL loans over the last three years. The ratio for retail loans and corporate loans is declining steadily, whereas that of SME loans is increasing steadily. In 2003, the ratio for corporate loans was much higher than those of SME and retail loans, which were almost identical. In 2004, the ratios for SME and corporate loans respectively were almost the same. This goes to show that in the SME sector, higher number of installments are becoming overdue, which is a cause for concern.

Figure 16 shows the sector-wise PAR of SME loans from 2003 to 2005. From the graph, it can be seen that the PAR in the service sector has undergone constant improvement going down from 3.73% in 2003 to 2.01% in 2005. PAR in the agriculture and the manufacturing sector have increased in 2004 whereas the PAR in trading sector has decreased to 5.07% in 2005 after increasing to 9.84% in 2004 from 8.23% in 2003. The PAR for the overall SME loans reflects the changes in the trading sector, mainly because of the huge market share of the sector. The agriculture sector has maintained a fairly stable PAR at and around 6% throughout the three-year period.