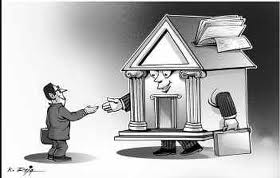 Retail banking is where the banks are directly involved in carrying out transactions with customers rather than with other banks, corporations or financial institutions. It is most typically associated with high street banks where customers will come into the bank and meet face to face with bank employees to discuss or make transactions relating to current and savings accounts, mortgages, credit cards and loans and, these days, also investment banking activities too which has broadened the scope for people who are looking to pursue a career within the retail banking centre. Retail banking also encompasses online banking as well.

Retail banking refers to banking in which banking institutions execute transactions directly with consumers, rather than corporations or other banks. Services offered include: savings and checking accounts, mortgages, personal loans, debit cards, credit cards, and so forth. During the year 1989, a student Sanjeev “Sunny” Mishra, at BradleyUniversity wrote a paper on Retail Banking for his graduate course work taught by Dr. Aaron Buchko.

In that paper, he simply created the physical model for Retail Banks and defined them as small neighborhood bank branches that were staffed with minimal staff to carry out the basic banking functions similar to a community banks. He defined this new model, the costs associated with it and the justifications for the various banking operations that these retail branches need to perform in order to remain profitable and to be able to add value to their parent commercial or community banks.

History of the Retail Banking:

The physical business model of Retail Banking that started around late eighties and early nineties, by the regular banks as small community banks that are accessible to their customers in or close to their neighborhoods. This new “physical model” followed the approach most of the fast food chains us engaging in.

In innovation terms, the Financial Services market overall is evidently immature and lags behind many other industries such as FMCG, transportation or pharmaceuticals where consumer and / or technology driven innovation is at the heart of everything they do. That said, within the sector, one might expect Retail Banking to be more innovative; after all, as the most consumer-focused area of the sector, it has outlets, many right in the heart of the high street, and interacts with consumers with whom they have an active relationship. In principle these facets should be the basis of a strong foundation for creating and delivering compelling new products and services and yet, somehow, many companies operating in the retail banking arena seem stuck in a very deep innovation rut.

Rather than the steady stream of continuous innovation evident in other sectors, Retail Banking has largely been characterized by little pockets of innovation. For many, this is a market that only saw its first real innovation nearly 20 years ago with the creation of First Direct as the world’s first successful telephone bank, and since then market consolidation, demutualization of building societies, and the globalization of the financial services market have all created conditions that might have been expected to fuel a greater degree of innovation. Alas this has largely not been the case.

The internet of course has been a driver of innovation and change in the way that many banks deliver their services, but the original on-line propositions such as Egg and Smile have been around for about ten years or so. In response to increased competition and the leveling of the competitive landscape through the ‘IT revolution’, over the past decade, banks generally have sought to become fitter and leaner rather than differentiating themselves through innovation – back office costs have been reduced through off-shoring and out-sourcing and retail networks have been optimized as footfall decreases and more of us do even more of our banking online. Retail banking in Turkey has not always been a successful endeavor. In fact, much of the retail banking development has occurred in just the past few years.

With the development of state banks in Turkey, retail banking has the potential to really take off in the country. Prior to the latest development projects, banking has been unable to meet the needs of the people. With high interest rates and high start up costs, banks were not able to open their doors to the public and serve the people. Especially those individuals that need to obtain a home loan.

The history of retail banking has been relatively shaky in Turkey, only meeting the needs of 40% of the market that US banks do. Luckily, with newer development projects in the works and advances in retail banking procedure, Turkey’s banking will quickly be able to meet the needs of more people in larger capacity. Retail banking in Turkey is advancing steadily, especially with organizations like TOKI, who make it their top priority to help the “little guy” expand their options and realize their dreams.

It is amazing how fast retail banking in Turkey has developed in recent years. It was just in 2001 that Turkey was only meeting 40% of what the U.S. banks were meeting. As current development projects come to a close, it can be expected that Turkey’s banking industry will be able to meet over 80% of the country’s needs! This is a vast improvement in such a short span of time!

This is why it is vital to get in on the ground floor of these latest Turkey development projects. By realizing retail banking is on the verge of becoming hugely successful all people can greatly benefit from the knowledge. Retail banking in Turkey can provide those normally disenfranchised by the system, with a wide range of opportunities to explore when it comes to home ownership.

In the scheme of things, retail banking in Turkey has the potential to change how people do business, how people buy homes and how families build their lives. With appropriate development projects in the works and responsible guidelines in place, Turkey should be able to accommodate many more of its citizens in the coming years than ever before with retail banking options. The Financial Services industry is one that affects all of us in our daily lives – from the simplest banking product to the more complex savings and investment vehicles. It is also a sector whose fortunes both affect and reflect the prevailing economic conditions within the major developed economies and furthermore it is one that is becoming increasingly important to, and within, such growing markets as India and China. However when it comes to innovation the Financial Services arena is one that those working in innovation find intriguing – by definition one would expect it to be relatively risk averse, but that does not explain the relative paucity of innovation coming out of the sector over the last twenty years.

In Bangladesh, as in many other Asian countries, many small- and medium-sized businesses have been built around the retail sector and are often associated with small shops and restaurants. The retail sector provides employment for a large number of people, but it still remains relatively underdeveloped, due to a generally low level of income among the population. There are still a number of small family-run traditional shops and cafes, selling mainly locally-made products.

The United States has found that the enforcement of intellectual property rights is “weak” and that “intellectual property infringement is common.” The Bangladeshi government has begun to address this problem seriously, introducing a new Copyright Act in 2000 in order to bring the country’s copyright laws into compliance with the WTO. This act updated the Patents and Design Act of 1911, and some other outdated regulations.

In the Bangladesh context, merchant banking includes all institutions that combine the functions of both development banking and investment banking. The securities and exchange commission, based on SRO No. 59 of 24 April 1996, and a decision taken by it on 17 August 1997, invited letters of intent from 14 institutions for registration of merchant banks. Prior to this decision, 7 institutions submitted such letters of intent and SEC gave registration to a total of 19.