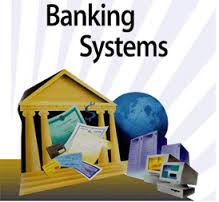 Banking System and Their History In Bamgladeh

History of the Banks in Bangladesh

Banking in Bangladesh was gradually taken over by the upcountry bankers who were known as Seth, Shah etc. But Subarna Banik continued to operate in rural Bengal. The British gradually came to Bengal and operated   banking in the form of agency house and exchanging houses started to flourish in Calcutta. Entry of the Bengalese into   banking started in the part of this century especially in the period of the Swadeshi movement.

During the early period of nineteenth century the three banks “Bank of Bombay”, “Bank of Madras” and “Bank of Bengal” merged to “Imperial bank of India”.

In 1971 Bangladesh became independent. After liberation ‘Bangladesh bank’ was automated with the assets and liabilities of former “State bank of Pakistan”.

The Banking System of Bangladesh

The banking system at independence consisted of two branch offices of the former State Bank of Pakistan and seventeen large commercial banks, two of which were controlled by Bangladeshi interests and three by foreigners other than West Pakistanis. There were fourteen smaller commercial banks.

Virtually all banking services were concentrated in urban areas. The newly independent government immediately designated the Dhaka branch of the State Bank of Pakistan as the central bank and renamed it the Bangladesh Bank. The bank was responsible for regulating currency, controlling credit and monetary policy, and administering exchange control and the official foreign exchange reserves.

The Bangladesh government initially nationalized the entire domestic banking system and proceeded to reorganize and rename the various banks. Foreign-owned banks were permitted to continue doing business in Bangladesh.

The primary function of the credit system throughout the 1970s was to finance trade and the public sector, which together absorbed 75 percent of total advances. The government’s encouragement during the late 1970s and early 1980s of agricultural development and private industry brought changes in lending strategies.

Managed by the Bangladesh Krishi Bank, a specialized agricultural banking institution, lending to farmers and fishermen dramatically expanded. The number of rural bank branches doubled between 1977 and 1985, to more than 3,330. Denationalization and private industrial growth led the Bangladesh Bank and the World Bank to focus their lending on the emerging private manufacturing sector. Scheduled bank advances to private agriculture, as a percentage of sectoral GDP, rose from 2 percent in FY 1979 to 11 percent in FY 1987, while advances to private manufacturing rose from 13 percent to 53 percent.

The transformation of finance priorities has brought with it problems in administration. No sound project-appraisal system was in place to identify viable borrowers and projects. Lending institutions did not have adequate autonomy to choose borrowers and projects and were often instructed by the political authorities.

In addition, the incentive system for the banks stressed disbursements rather than recoveries, and the accounting and debt collection systems were inadequate to deal with the problems of loan recovery. It became more common for borrowers to default on loans than to repay them; the lending system was simply disbursing grant assistance to private individuals who qualified for loans more for political than for economic reasons.

The rate of recovery on agricultural loans was only 27 percent in FY 1986, and the rate on industrial loans was even worse. As a result of this poor showing, major donors applied pressure to induce the government and banks to take firmer action to strengthen internal bank management and credit discipline.

As a consequence, recovery rates began to improve in 1987. The National Commission on Money, Credit, and Banking recommended broad structural changes in Bangladesh’s system of financial intermediation early in 1987, many of which were built into a three-year compensatory financing facility signed by Bangladesh with the IMF in February 1987. One major exception to the management problems of Bangladeshi banks was the Grameen Bank, begun as a government project in 1976 and established in 1983 as an independent bank. In the late 1980s, the bank continued to provide financial resources to the poor on reasonable terms and to generate productive self-employment without external assistance. Its customers were landless persons who took small loans for all types of economic activities, including housing.

About 70 percent of the borrowers were women, who were otherwise not much represented in institutional finance. Collective rural enterprises also could borrow from the Grameen Bank for investments in tube wells, rice and oil mills, and power looms and for leasing land for joint cultivation.

The average loan by the Grameen Bank in the mid-1980s was around Tk2,000 (US$65), and the maximum was just Tk18,000 (for construction of a tin-roof house). Repayment terms were 4 percent for rural housing and 8.5 percent for normal lending operations. The Grameen Bank extended collateral-free loans to 200,000 landless people in its first 10 years.

Most of its customers had never dealt with formal lending institutions before. The most remarkable accomplishment was the phenomenal recovery rate; amid the prevailing pattern of bad debts throughout the Bangladeshi banking system, only 4 percent of Grameen Bank loans were overdue.

The bank had from the outset applied a specialized system of intensive credit supervision that set it apart from others. Its success, though still on a rather small scale, provided hope that it could continue to grow and that it could be replicated or adapted to other development-related priorities. The Grameen Bank was expanding rapidly, planning to have 500 branches throughout the country by the late 1980s.

Beginning in late 1985, the government pursued a tight monetary policy aimed at limiting the growth of domestic private credit and government borrowing from the banking system. The policy was largely successful in reducing the growth of the money supply and total domestic credit.