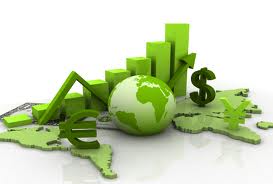 The Economy and Overall Banking Sector

As we enter into the new millennium the process of trade liberalization and globalization have presented new challenges as well as greater opportunities. Economic boundaries of nations are being abolished and the world is gradually becoming a global village. In the beginning of the year 1999 the Euro currency started to replace the currency of eleven European Union countries. In the financial service sector profound changes have been taking place globally. E-commerce is becoming the predominant mode of transactions. We are witnessing revolutionary changes in the fields of cost control, retail channels, range and delivery of services, accessibility and reach. These changes have already triggered off reorganization, amalgamation, and takeover of financial institution globally.

The prospect of a faster pace of monetary tightening contributed to a sharp drop in equity prices around the world in early October 2005. Equity markets rebounded strongly since November, boosted by signs of still robust growth in the US as well as announcements of mergers, share buybacks and dividend increases. Japan outperformed most other equity markets throughout this period. Upward revisions in policy rates had a surprisingly muted impact on the prices of emerging market assets. Emerging markets benefited from record inflows of foreign portfolio investment in 2005. As concerns about slowing US growth eased, emerging markets bounced back strongly from their late October lows. By late November, equity and bond prices had returned to their end-September highs and had generally reached record levels by early January 2006. Equity markets have, however, weakened overseas thereafter mainly on account of renewed firmness in global crude oil prices. Corporate credit default swap rates and bond spreads remained more or less unchanged in October although they have widened significantly since November. While long-term interest rates rose in many markets in September and October, they retreated slightly in November, and at the end of December it was still unclear whether the recent rise in yields would prove as ephemeral as previous increases. The increase in longer-term yields mainly reflected upward revisions to interest rate expectations over the near term. Further, the potential for rising energy costs to add to inflationary pressures was a key focus of investors’ attention. The rise in implied volatility also reflected growing uncertainty about the economic outlook. During December 27-30, 2005 yields on 10-year US Treasuries fell briefly below those on two-year notes for the first time since December 2000, inverting in intra-day trading and signaling expectations that interest rates could fall in future that is generally associated with weak growth. This inversion came as analysts were finally anticipating an end to the current tightening cycle and a lower long-term risk premium than in the past. In January 2006, however, the spread has turned positive again. The US dollar appreciated by 3.5% in trade-weighted terms during 2005 and a similar trend continued in January 2006.

Of the major central banks, the US Federal Reserve has raised its policy rate by 25 basis points each on thirteen occasions from 1.0% in June 2004 to 4.25% by December 2005 while recently providing indications of nearing the end of the cycle of measured rise in the policy rate. The Bank of England has kept its rate unchanged at 4.50% since August 2005 in response to slowing domestic growth. The European Central Bank (ECB) has raised its policy rate by 25 basis points in response to rising inflationary expectations, after holding it unchanged at 2.0% since June 2003. Monetary policy has been tightened in several economies in emerging Asia, primarily in response to higher fuel prices and to the measured pace of policy tightening in the US. Bank Indonesia raised its policy rate by 50 basis points to 12.75% on December 6, 2005 which was the tenth successive increase during the year. In Thailand, the 14-day repurchase rate was increased for the seventh time since January 2005 from 2.00% to 4.25% on January 18, 2006. Monetary authorities in Singapore and Hong Kong raised their policy rates by 187 basis points and 200 basis points, respectively, during the year up to December. In Malaysia, the policy rate was hiked to 3.0% in end-November, 2005. In emerging market economies in general, the direction of policy change has been towards either tightening or withdrawal of the accommodative stance.

Economic growth in developing Asia and the Pacific surprised on the upside in 2005. In September last year, the Asian Development Outlook (ADO) 2005 Update forecast aggregate regional growth of 6.6%. The ADO 2006’s estimate of growth is now 7.4%, well above the average rate of growth in the region since 2000. If purchasing power parity weights, rather than weights based on market exchange rates, are used to aggregate over countries, regional growth in 2005 is estimated to have been even faster, at 8.0%. With the release of revised gross domestic product estimates for 2004 in a number of countries, growth in 2004 has now been raised to 7.8%, from 7.4% in the ADO 2005 Update.

On the basis of a broadly favorable outlook for the international economy, the continuing trend toward improved economic management and performance, and apparent resilience to high oil prices, the ADO 2006 revises up its aggregate growth projection for 2006, and, to a lesser extent, for 2007 (Figure 1.1.1). Aggregate regional growth of 7.2% is now expected in 2006, easing to 7.0% in 2007. But risks remain, and could yet unsettle a generally positive outlook. These risks include the possibility of a disorderly unraveling of global payments imbalances (which are still widening), heightened protectionist trade pressures, yet higher oil prices, and the possibility of an antigen shift of the avian flu virus into the human population.

The improved political environment in the country, after a delayed period of civil disobedience brought a much-awaited economic stability during the financial year (FY) 2003-2005.

The macro economic development during the year was marked by a healthy GDP growth and moderate inflation. For the second year running bumper rice harvest maintained growth at above 5% and GDP growth during the FY 2004 was at 5.52%. On the other hand, the growth performance in industry was slow with manufacturing growth 3.3% being one of the lowest rates in the recent years. Several unfavorable factors contributed to this situation which included disturbance in the supply of natural gas which in the turn affected the power supply and production activities. Furthermore, labor disputes during the second quarter of the year badly affected the operation of Chittagong port. In the services sector, growth in transportation, storage and communication contributed to about 13% to the total GDP but growth in trade sector was slow due to lower import growth.

During the year some positive initiative were taken in the banking sector with improvements in the legal and regulatory environment to improve loan recovery but unfortunately the high quantum of non performing assets and under capitalization continued to plague the entire banking sector thus causing a major threat to the macro economic stability. The size of classified loans increased significantly which contributed to lower profitability of the banks.

Reserve of gross foreign exchange of the BB stood lower at US$3033.88 million at the end of March,2005 compared to US$3179.41 million at the end of February. This was, however, higher than US$ 2653.50 million at the end of March, 2004. The pressure on foreign exchange reserve continues due to low aid disbursement and sizeable private capital outflow, which amounted to around US$ 120 million. The official exchange rate was devaluated by 4.6% in seven steps in FY 2002 and in two steps during July-August 02 thus raising the cumulative rate of devaluation to 6.7%. The external account declined from over 5% of GDP to less than 3% ( US$ 0.9 million) in FY 02 which was mainly a result of healthy export growth (14%) and a significant increase in remittances from abroad, which in turn was due to stable political environment and a higher rate of contraction in import of food grains and capital goods.

Investment rate in FY 04 showed some increase and the declining trend in private savings was substantially reserved. The national savings rate increased from 11.9% of GDP in FY 03 to 14.6% in FY 04. This was partly due to increased inward remittances, increase in nominal interest rates and lower rate of inflation.

Some key indicators of the economy of Bangladesh are given follows:

The Bangladesh banking sector relative to the size of its economy is comparatively larger than many economies of similar level of development and per capita income. The total size of the sector at 26.54% of GDP dominates the financial system, which is proportionately large for a country with a per capita income of only about US$ 370. The non-bank financial sector, including capital market institutions is only 3.22% of GDP, which is much smaller than the banking sector. The market capitalization of the Dhaka Stock Exchange was US$1,025 million or 2.19% of GDP as at mid-June 2002. In contrast, the size of the total financial sector in India, including banks and non-banks as well as the capital market is 150% (March 2002) of its GDP, with commercial banks accounting for 58.3% of GDP.

Access to banking services for the population has improved during the last three decades. While population per branch was 57,700 in 1972, it was 19,800 in 1991. In 2001 it again rose to 21,300, due to winding up of a number of branches and growth in population. Compared to India’s 15,000 persons per branch in 2000, Bangladesh is not far behind in this regard. This indicates that access to the banking system in the country is not a significant problem.

The finance sector remains predominantly bank-based, accounting for 96% of the sector’s resources. While there are sound banks, based on IAS, the banking sub-sector as a whole is technically insolvent. Consolidated data reported tend to have significantly understated provisions. Adjusting partly for the understatements, the financials of the banking sub-sector are characterized by about 32% NPL ratio, US$720 million shortfall in provisions, US$1,106 million shortfall in provisions and capital combined, and losses of US$685 million after adjusting for the shortfall in provisions in mid 2001. The adjustments would possibly be larger if provisioning as followed by major international auditors were applied. National Commercialized Banks (NCBs) also have disproportionately large and unexplained “Other Assets” that include, in particular, jute and other subsidized credits, suspense accounts and various receivables. To what extent these questionable assets have been provisioned remains unclear.

In addition, one national co-operative bank, one Ansar-VDP Bank, one Karmasangsthan Bank and one Grameen Bank and some non-scheduled banks are also in operation. In order to enhance the overall efficiency of NCBs, decisions have been taken to rationalize bank branches, and up to June 2005, 91 new branches were established and 9 existing branches were closed under the ‘branch rationalization program’.

Banks and other financial institutions have been playing a key role in activating the financial sector that in turn infuses dynamism to the economy. Banks are engaged in upgrading the socio-economic status of the country by investing money to productive sectors. However, in the context of globalization and operation of market economy these institutions are facing immense competition with regard to speedy transaction of financial intermediation and as such they are to provide their service as efficiently and effectively as possible. Given this scenario, importance has been attached to the development of the financial market through banking sector.

In order to uphold the rule of banking sector in financial market development the Government has taken a range of measures which include further deployment of bank branches and evaluation of their performance, classification of loans following the international standards assessment of capital adequacy, determination of quality of assets and earning of impressive profit.