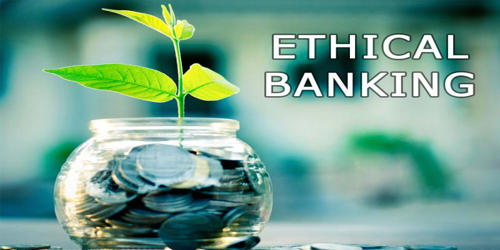 An ethical bank, also known as a sustainable bank, is a bank concerned with the social and environmental impacts of its investments and loans. Ethical banking involves consciousness of how banking practices affect society and the environment. It can help to build strong, financially capable communities. The ethical banking movement includes: ethical investment, impact investment, socially responsible investment, corporate social responsibility, and is also related to such movements as the fair trade movement, ethical consumerism, and social enterprise. Ethical banks remain true to their core model of conduct, even if it does not particularly help them realize a profit. This banking should ensure that your money will be invested in socially and morally positive ways, and won’t be invested in anything that could be to the detriment of society. The most significant experiences of ethical banking in Europe include those of Triodos Bank, Okobank, and Banca Popolare Etica in Italy.

Other areas of ethical consumerism, such as fair trade labeling, have comprehensive codes and regulations which must be adhered to in order to be certified. Financial institutions that emphasize ethical practices seek profit like any other financial institution. However, they strive to generate earnings without sacrificing principles or causing harm. Ethical banking has not developed to this point; because of this, it is difficult to create a concrete definition that distinguishes ethical banks from conventional banks. This banking will typically mean that the provider is trying to have a positive impact on society, the local community, and/or the environment. The key to ethical banking is deciding on the common set of principles and sticking to them no matter what.

Ethical banks are regulated by the same authorities as traditional banks and have to abide by the same rules. Each firm will have its own set of ethical aims, so make sure you find one that’s in accordance with your own beliefs. Different ethical banks can offer various services, including current accounts, savings, and mortgages. Some religious banks have some crossover with ethical banks and the way they handle funds. While there are differences between ethical banks, they do share a desire to uphold principles in the projects they finance, the most frequent including – transparency and social and/or environmental values. Ethical banks sometimes work with narrower profit margins than traditional ones, and therefore they may have few offices and operate mostly by phone, Internet, or mail. These banks promise their customers that they won’t invest their money in certain commodities, such as alcohol, tobacco, weapons, or fur. Ethical banking is considered one of several forms of alternative banking.