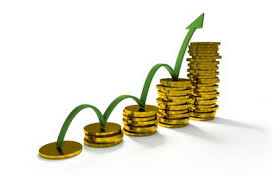 The rate at which one currency is exchanged for another currency in the foreign exchange market is called exchange rate. Until recent past, fixed exchange rate system was prevailing in Bangladesh in which case the central bank of the country could devalue the local currency. To better protect the external competitiveness of Taka and to enhance the resilience of the economy in responding to shocks, Bangladesh formally stepped over to market based exchange rate for the Taka from 31st May 2003 (Annual Report, BB, 2002-03). In this new system, the nominal exchange rate is set by the market forces but keeps discretion for the central bank to intervene in the foreign exchange market to keep the rate within certain limit of appreciation or depreciation. This is known as ‘managed float’ system. In this system, demand and supply primarily determine the exchange rate on a particular day. But Bangladesh Bank comes forward to keep the exchange rate within a certain limit of appreciation or depreciation by selling or buying the foreign currencies or by adopting some other measures.

In the year 2000, BB relaxed foreign currency dealing, allowing authorized dealers to transact dollars with Bangladeshi Bank. Earlier the banks were obliged to transact at certain fixed rates. In 2002, MOF has reformed exchange rate policy further. Foreign exchange in current account has been made free floating. The Bank officials believe that a decision of allowing market to decide exchange rate in current account has help curb hundi business in a significant scale.

BB maintains data on remittance transfer since 1972. Recently, it has introduced a method of weekly (provisional) data collection for understanding the trend of remittance. Currently, datasheets are prepared on bank and country wise. BB analyses and interprets the reports to identify remittance trends like increase or decrease. Comparative statement on performance of various NCBs is then distributed among banks; BB is now actively considering exchange house wise analysis and interpretation of remittance data. According to bank officials, this would lead to competitiveness among the NCBs and their exchange houses. BB has also determined annual minimum target for the exchange houses. The NCB’s have to ensure that their exchange houses meet those targets. Each exchange houses situated in USA should transact at least US $3 million. For UK exchange house, the target is 2 million GBP and for Canada, the target is US $2.5 million (BB, 2004). Complaint if a client face problem in transferring remittance or feel harassed, a system of lodging complaint to higher authorities has been established. Remitters may contact directly to the Secretary, Finance Division, Ministry of Finance or the Managing Director or Executives of concerned NCB to express their opinions or lodge complaints. Telephone and fax numbers and email addresses of relevant persons are provided in the website of BB, and also in the directory published by the five NCBs (Sonali, Janata, Agrani and BKB) engaged in remittance transfer.

Investment instruments are another effective mechanism for encouraging remittance through official channel. BB, NCBs and PCBs have developed different packages in this respect. From the government side, few packages were already there before 2001. Nonetheless, two new investment instruments have been launched at the end of 2002. In the following, some of the packages developed by all the three actors mentioned above is presented.

Migrants can have a NFCD account in any branch of Bangladeshi and foreign banks that holds an authorized dealership license. The account can be opened for different periods: one month, three months, six months or one year in US dollar, pound sterling (PS), Canadian dollar (CD), German Mark (DM), Japanese Yen (Y) or Euro-currency (Euro). The minimum necessary balance must be US$1000 or PS 500 or their equivalent amount in currencies stated above. The accounts are renewable and can be maintained for an indefinite period even after the return of the wage earner (migrants). One is also eligible to open an NFCD account with his/her savings within six months of one’s return to Bangladesh. The interest is determined in terms of interest accounted on the value of Eurocurrency. The interest accrued is tax-free. The capital and interest of NFCD account is also transferable in Bangladeshi taka to the current exchange rate. There is also the provision to withdraw the capital money before the expiry of the period specified but in that case one will not receive the interest.

The central bank also allows investment of NFCD funds in remunerative business projects to allow payment of competitive interest rates to account holders. NFCD forms are available in Bangladeshi missions abroad. In order to make the schemes popular among the migrants, BB has gradually simplified the formalities with regard to NFCD. Only photocopy of passport, signature or a certification from a notary public is sufficient to open such an account. As far as the campaign to market these instruments is concerned, Bangladesh Bank is engaged in regular contacts with the missions abroad.

The remittance of Bangladeshi migrants abroad can be invested in Bangladeshi currency in five-year Wage Earners’ Development Bond. The bonds are available in different denominations: Tk. 1000, Tk. 5000, Tk. 10,000, Tk. 25,000 and Tk. 50,000. The Bonds are issued for specific periods. The profits are invested in Bangladesh and the bonds accrue an annual interest of 12% (as of 28.11.2000). If a bondholder wants to enc ash them before the expiry of the term s/he would be entitled to get interest at a reduced rate. The capital money of the investment is freely transferable abroad in foreign currency. The interest is tax free. The Bond is available at National Savings Bureau offices, branches of Bangladeshi banks abroad and Bangladesh missions abroad.

One can open a NRTA by the money remitted from abroad for investment in the share and securities of the capital market of Bangladesh. Such an account may be opened in any dealer branch of an authorized bank. The current balance of NRTA is transferable in foreign currency to any country any time. One can buy share and securities from stock exchange with the balance of NRTA and the money earned as dividend and shares and securities sold may be saved in NRTA. The capital and profit money is tax exempt and the bank directing the account can work as nominee.

2002 The IRD of the MOF introduced the US Dollar Investment Bond, 2002 in 16 October 2002 as an investment instrument in foreign currency for Bangladeshi emigrants (GOB, 2002). Eligibility for the bond: It provisions for issuing US Dollar Bond in the name of a holder of a non-resident account against remittances from abroad to the account. Maturities, denomination etc. The US Dollar Investment Bond(s) shall be matured for payment after completion of three years form the date of its issue.

The Bond holder will be entitled to draw interest on half-yearly basis at 6.5 percent fixed rate per annum in US Dollar. However, the Bond holder may surrender the Bond(s) before maturity and encash the same at the paying office in which case interest will be paid as under: a. No interest for encashment within 1 year of issue; b. 5.5 percent interest for encashment after completion of 1 year but within 2years; c. 6 percent interest for encashment after completion of 2 years but within 3 years; and d. 6.5percent interest for encashment after completion of 3 years. The Bond(s) shall be issued in the denominations of US $500, $1000, $5000, $10000 and $50000 and in such other nominations as the government may decide. The principal and interest will be payable in US Dollar to the holder or his/her nominee. The money invested in the purchase of Bond(s) shall be exempt from tax payable under the Income Tax Act, 1922. Nominee after death: If the Bond holder dies, the nominee will be able to draw the principal and the interest in US Dollar if he/she is non-resident. If the nominee is resident, the principal and the interest is payable in Bangladesh currency.

Method of payment for the bond: Payment for the purchase of a Bond can be made either by cheque or draft in foreign currency received against inward foreign exchange remittance, or by funds heeled in non-resident foreign currency account of the applicant. Additional benefit for substantial investment: If a purchaser buys bonds totaling US $ 1,000,000 (one million) or above in value, he/she will be treated Commercially Important Person (CIP) and will be entitled to all the facilities accordingly. The CIP facilities will cease to apply if the purchaser’s investment in this bond goes below US $ 1,000,000 (one million) because of subsequent encashment and on his/her failure to retain the limit of US $ 1,000,000 (one million) through further investment in the Bond within 3 months of encashment.

2002 The US Dollar Premium Bond is the most recent investment instrument in foreign currency introduced for Bangladeshi emigrants by the IRD, MOF. It was announced in October, 2002 and became applicable from the next month (GOB, 2002a). Maturity, denomination, etc.: The US Dollar Premium Bond(s) shall be matured for payment after completion of 3 years from the date of its issue. The Bond holder will be entitled to draw interest on half-yearly basis at 7.5 percent fixed rate per annum in Bangladesh currency at the USD/BDT rate. However, the Bond holder may surrender the Bond(s) before maturity and encash the same at the paying office in which case interest will be paid as under: a. No interest for encashment within 1 year form the date of issue; b. 6.5 percent interest for encashment after completion of 1 year but within 2 years; c. 7 percent interest for encashment after completion of 2 years but within 3 years; and, d. 7.5 percent interest after completion of 3 years. The Bond(s) shall be issued in the denominations of US $500, $1000, $5000, $10000 and $50000 and in such other denominations as the government may decide. The principal amount will be payable in US Dollar to the holder of his/her non-resident nominee, where applicable. The principal amount due to the holder or his/her nominee may also be paid in Bangladesh currency as per option of the holder/nominee. However, interest amount shall be paid only in Bangladesh currency. Eligibility: The Bond can be issued to a ‘Non-resident account holder’ that means an FC account holder who is a Bangladeshi national residing abroad or a Person of Bangladeshi Origin (PBO) who has assumed foreign nationality and is residing abroad. Issuing authority: The ‘Issuing Authority’ of the Bond is the BB and the scheduled bank branches/authorized dealers in Bangladesh and their authorized offices abroad and shall include any such authority as the government may, from time to time determines. A foreign correspondent of an Authorized Dealer Bank may also act as an office of issue.

Power to call information: The act entitles government or BB to call for any kind of information with regard to any matter of foreign exchange by any person.

equivalent in foreign exchange and/or Tk.500/- in Bangladeshi currency without declaration. If the amount of money brought is more than the said amount, the concerned person has to make a written declaration to the Customs Authority at the time of arrival, in the form prescribed by BB. Implementing agency: Bangladesh Bank is the implementing agency of the act. It has a specific department entitled ‘Foreign Exchange Policy Department’ for supervising all kinds of foreign exchange matters including foreign remittance.

Evaluation: Foreign Exchange Regulation Act, 1947 is an all encompassing legislation that over’s all kinds of foreign exchange transfer. This act was does not have any specific section on migrant remittance. Under the broad umbrella of the act, the Foreign Exchange Policy Department has framed guidelines to manage remittance movement. Currently there are 16 cases under this act. But none of them are related to migrant remittance.