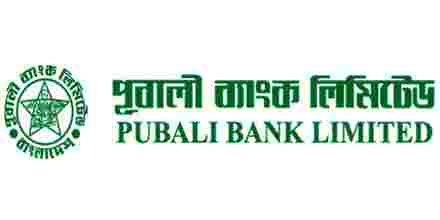 Finance Analysis on the Pubali Bank

The main objective of this report is Finance Analysis on the Pubali Bank. General objectives of this reports are to know about the process of ratio analysis systems and  to identify the financial condition of an organization. This report also describe about Data gathered within the organization itself, Data gathered from Texts, Internet sources, General reports, Annual reports, Official documents, Credit manual and foreign exchange manual of the bank. Finally this report draw swot analysis on the Pubali Bank.

The objective of this study is to have a clear concept and some practical experience about Financial Statement Analysis Systems of an organization. However, we had some textbook knowledge but had little in real life, practice so ever.

Methodology of the study:

This report is prepared by two sources

Primary Sources: Basically this type of Sources included interviews with the bankers of PUBALI BANK LTD.

Secondary Sources: Secondary data were collected in the following ways:

Background of The PUBALI BANK LTD. :

PUBALI BANK LIMITED is the largest Commercial Bank in Private Sector in Bangladesh. It provides mass banking services to the customers through its branch network all over the country. This Bank has been playing a vital role in socio-economic, industrial and agricultural development as well as in the overall economic development of the country since its inception through savings mobilization and investment of funds. During the last 5 years the growth rate of bank’s earnings is more than 25% on average.

To hold the position of best private commercial Bank in Bangladesh with adherence to meticulous compliance of rules and regulations and strong commitment to corporate social responsibility.

To become most remarkable and admirable is private commercial bank in the country. To get recognition as a dynamic, innovative and customer service oriented Bank. To keep momentum of continuous and steady is growth with maximum transparency and to diversify products and resources. To expedite continuous up date of information and technology with all modern facilities to cope with demand challenges of the time.

Growth and development of the organization:

It has branches all over Bangladesh and carries out all banking activities through its branches in our country and through international correspondent outside the country. On December Total assets of the Bank stood at Tk. 107579.60(Million)

The board of directors consists of 13 members mainly directs on policy formulation and monitoring of its guidelines. The board has following supporting committees:

(i) Executive committee: The executive committee is comprised of 5 board members and they take decision on emergency matters as and when required relating to bank’s business etc. subject to ratification by the full board. In 2009 the committee conducted 4 meetings.

The annual budget and the statutory financial statement are prepared with the approval of the Board. The board regularly monitors and reviews bank’s liquidity, income, expenditure, non-performing loans, loss provisions and steps taken for recovery of defaulted loans including legal means.

The management headed by managing director and CEO is assisted by 19 General Managers along with 2 consultants to run the Business. The workflows are carried out by the relevant divisions/departments/branches of the bank. The following committee’s also assistant management:

Borrowing from other banks:

In 2009 the bank borrowed TK. 427.45 million for business purpose compared to borrowings of TK.393.07 million during the previous year.

Total investment of the bank was TK.12168.65 million during 2009.In comparison to previous year total investment was increased by TK. 3793.06 million @ 45.29% growth. The bank mainly invested in government bonds, treasure bills, approved debentures of private institutions.

Information and technology and Automation:

As the 386 branches have been computerized out of which 286 branches have been running successfully with the in-house developed software, PIBS(Pubali integrated banking system).Pubali bank Ltd. has implemented centralized online Banking system in the year 2009 through its in- house developed software. In the mean time 50 branches in Dhaka, Chittagong and sylhet have been brought under online Banking system. The remaining branches will be brought under online banking sys tem gradually The bank has introduce one banking and mobile phone banking phase wise shortly. The bank has developed Islamic banking software and 2 Islamic banking wings will be opened in Dhaka and sylhet shortly. The bank has entered into the internet world through its website www.pubalibangla.com and has also has been operating ATM and POS services to meet the demand of the time.

Skilled work force is an essential pre-requisite for development of any service-oriented organization. PUBALI BANK LTD. Puts all out emphasis for the development of professional work force to meet the challenge of modern banking.

In the year 2009 the bank had 5,115 employees. Both the board and management stress on developing human resources. Thirty five courses covering different subjects were organized at the bank’s training institute where 1,168 official of different levels participated. Besides these, The Bank utilized the training services rendered by other training institution like BIBM, BBTA and other national institutes.

The board of directors has recommended 30% stock dividend i.e. 3 shares for every 10 shares and 5% cash dividend for all shareholder of the Bank out of profit on the basis of audited accounts for the year 31st December 2009 subject to approval in the annual meeting.

Future plan of this bank:

The bank stressed on the targets laid down in the annual budget 2010.The budget 2010 is a challenging one with growth of 33.43% in operating profit from that previous year. Deposit and loan are projected to increase by 29.37% and 28.03% respectively and import, export and remittance business is expected to rise by32.24% 61.68% and 70.21% respectively.

Functions of the PUBALI BANK LTD. :

PUBALI BANK LTD.  is always considers client service the most vital factor to face ever-increasing competition and challenge in the Banking sector and as such places on it utmost importance. With that end in view the Bank continued its personalized approach with speed, precision and accuracy.  Presently the number of the branches stood at 386 covering almost al the important places of the country. Moreover worldwide international correspondent’s network of the Bank has been continuously expanding covering the important countries in all the countries of the world. Besides the Bank has arrangement with a number of Exchange Houses at Bahrain, Italy, KSA, Malaysia, UK, USA, Global (Western Union) Singapore, U.A.E., Oman, Qatar, and Kuwait to facilitate remittances from expatriate Bangladeshis. To cope with modern banking requirement all the branches are being computerized. To develop expertise on computer operation, regular training program of computer for the officers are continuing. The bank has been introduced new computer programs (ON-LINE BANKING) with fifty one branches for improving customer service and has finalized arrangements with other private commercial banks to introduce ATM. SWIFT (Society for worldwide inter-bank financial telecommunication) has already been introduced to speed up international transactions and passing of L/Cs at HEAD OFFICE. SWIFT will soon be introduced at all the A.D branches of the Bank.

Financial performance of the Bank

Despite volatile economic atmosphere of the country, the Bank performed well in respect of deposit mobilization and profit earning during the year under review. The Bank was able to harvest the result of its efforts to enhancing quality of assets and recovery of dues from default borrowers. At the end of the year 2009 Banks operating profit stood at Tk. 10,663.81 million  as against Tk. 9,009.25 million of the year 2008.

This ratio measures the ability to meet current obligation. It is extremely essential for a bank to be able to meet obligation as they become due.

Current ratio is the traditional measure of liquidity. We compute it by dividing current assets by current liabilities. As we already mention that current ratio is a ratio to measure the ability to meet current obligation when it comes due.

To judge the long-term financial position of the firm, financial leverage or capital structure ratios are calculated. These ratios indicate mix of funds provided by the owners and lenders.

This ratio measures the relationship between lender contributions for each taka of owner’s contribution through debt-equity ratio. The following formula is used:

The profitability ratio is very much important because it indicates the overall result of the firm. It is the outcome of all kinds of efficiency of the firm. It starts with different measurements that give result of profit.

Here return on equity is higher in 2009 than 2008 so, in the year 2009 PUBALI BANK LTD. is less risky for investment and increase net worth of the bank, value of the share and reputation than 2008. (Appendix-4)

This is also another measure of profitability. Here the relationship is shown between profit and assets i.e. the efficiency of assets to produce profit. A higher return is desirable by the firm. So, profit is taken as a percentage of total assets. The following formula is used to calculate return on assets:

This ratio is commonly used to evaluate the management of bank and how they are performing. By comparing the ratio I see that PUBALI BANK LTD. has good performance of the management in 2009.  Appendix-5)

It measures the relation between sales and profit. It is calculated by dividing net income by the operating revenues of the bank. Normally if return on equity and return on assets are higher the profit margin will also be higher. The following formula is used to calculate profit margin:

A high profit margin ratio is a sign of goods management. Here I see that PUBALI BANK LTD. has an increasing profit margin in 2009. (Appendix-6)

This ratio is an indicator of the firm’s degree of leverage and ultimately the risk. If the bank has opportunity to use the funds well and it does not have enough capital it can go for debt. And it may generate profit for the firm. It also reflects a choice of funds between debt and equity.

The loan ratio indicated the extent to which assets are devoted to loans as opposed to other assets including cash, securities, and equipment and so on. This is taken as a percentage of total assets.

Loan ratio is decreasing over the period and we also found that there is a decreasing trend of the profit in the year 2009 because higher loan ratio implies higher profit.  (Appendix-9)

The bank is not required to take all the funds in its hands to meet obligation of the depositors. It always comes up with permanent level of fund that can either be invested or extended as loan to the borrowers to earn profit thereon.

Findings: The success of a bank depends on improved service delivery to its customers. Now so many banks in the country have emerged to cater to the needs of customers. But most of the banks in Bangladesh are used conventional banking system. The PUBALI BANK LTD. local office is not exception to these trends.

Assets Utilization implies the greater efficiency of management to the banks assets in 2009.Loan paid decrease in 2009 that is the cause of lower profit. Loan to deposit ratio decrease in 2009 than 2008 which indicate that the PUBALI BANK LTD.   granted more loans to the borrowers as a percentage of total deposit in 2008.

Finally, at the end of the year we can see that although there have some difficulties but we can overcome those difficulties by removing all the weaknesses to develop the product effectively and grab more opportunity hidden in the banking industry and the bank should also increase the strength with their solid brand image, experience and skills of the employees. With their strengths PUBALI BANK LTD. can also reduce the threats existing in the market.

The days are gone for banks to keep their functions confined with in the periphery of accepting deposit and lending money as well as making a profit. To cope up with the new millennium’s electronic banking, bank should reinvent and redesign itself for customer satisfaction. Some recommendations may be put forward in this regard.