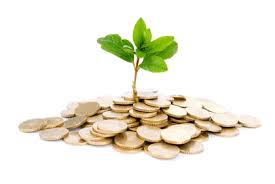 Banking plays a pivotal role in the development process of a country. It helps accelerate the pace of development by securing uninterrupted supply of financial resources to people engaged in numerous economic activities. The tremendous development that the present world experienced in the last few decades was contributed by several factors among which growing institutional supply of loan able funds must have played the pivotal role. The role of the banking is comparable to what an artery system does in human body. Banks both commercial and other development financial institutions provide short, medium and long term credits to business persons and entrepreneurs who usually take the lead in ventures of economic development.

Institutional supply of credits has been made possible by a system of financial inter mediation organized in a way where conventional banks collect small savings from the public by offering them a fixed rate of interest and advancing the loanable funds out of the deposited money to enterprising clients charging relatively higher rate of interest. The margin between these two rates is bank’s income. Bank provides many other services to the people against service charges as well.

Despite the outstanding contribution of conventional banking system (interest based), several ancient and modern economists are critical about its efficiency level. Some economists consider role of interest in the conventional banking mechanism as a major destabilizing factor that contributes to cyclical fluctuations in the economy. Specifically, the ineffectiveness of interest rate as a stabilization tool during the period of Great Depression is a case to note. This eventually called for Keynesian prescription of Government intervention. Similar concern was expressed in a story published in Newsweek referring Henry Kissinger, the former Secretary of State of USA. To quote him, ‘The instability has persisted and the uncertainty has continued. After going through the throes of painfully high level of inflation, the world economy has experienced a deep recession and unprecedented rate of unemployment, complicated further by high level of real interest rates and unhealthy exchange rate fluctuations. More recent concern over the potential instability of the world monetary and financial system was expressed by Maurice Allais, a Nobel Laureate, who called for an urgent reform of the World Economic Order. Others vehemently oppose the argument for using rate of interest as a stabilizing tool in the economy. This called for emergence of a new system of banking capable of tackling new challenges that the present world economy particularly the financial sector has been facing.

In response though not exactly to that exigency but for quite a few other reasons, a new system of banking known as Profit-Loss-Sharing has emerged in as many as 45 countries of the world. Another study provides a list of 248 Islamic financial institutions that are now in operation in different parts of the world.

The second half of the twentieth century witnessed a distinctly separate line of thinking on banking. The thought later on got institutionalized at the end of third quarter and subsequently emerged as a new system of banking called Islamic Banking. The world now has been experiencing operation of as many as 250 Islamic banks and financial institutions in more than 50 countries.

At the stage, it is important to note the factors responsible for the emergence of PLS system of banking. There are religious as well as economic reasons that have contributed to the emergence of PLS banking as an alternative to its conventional counterpart. It is the prohibition of ‘Riba’ in the holy Quran that, accounting to the proponents of the PLS system, was the source of inspiration for establishing banks in line with Islamic Shariah. The basic intention behind establishing Islamic banks was the desire of Muslims to recognize their financial activities in a way that do not contradict to the principles of Shariah and enable them to conduct their financial transactions without indulging into Riba. These writers consider rate of interest in the conventional banking mechanism synonymous to Riba, the term as used in the Holy Quran. One of the reasons for this is that the outcome of the productive effort is uncertain and so interest necessary involves as element of gharar, that is, uncertainty. On this religious ground urge for avoiding all transactions and institutions run based on interest and recognize them in the line with the teaching of Islam. The economic reason derived from a verse of the holy Quran providing inspiration to devise a interest-free financial system has been substantiated in the way that interest, instead of increasing wealth, reduces it. The primary reason of why the Quran has taken such a hard approach towards interest is that Islam stands for establishing a just economic system free from all kinds of exploitation. Further, Muslim economists consider depression and stagflation very often found in the capitalist world as an outcome of the financial system based on interest.

Thus, Islamic banking emerged as a response to religious as well as economic exigencies. While religious exigency calls for avoiding any transaction based on interest, economic exigencies on the other hand, provide new outlook to the role of banking in promoting investment/production activities, influencing distribution of income and stability in the economy. Islamic banking is perceived as an improved system in all dimensions just mentioned above.

Attitude of Islam towards Interest:

Muslim scholars equate interest with Riba, the term used in the holy Quran. In the Shariah, Riba technically refers to the premium that must be paid by the borrower to the lender along with the principal amount as a condition for the loan or for an extension in its maturity. In other words, Riba is the predetermined return on the use of money. In the past there has been dispute about whether Riba refers to interest or usury, but there is now consensus among Muslim Scholars that the term covers all forms of interest and not only “excessive” interest.

The Islamic restriction on interest is quite explicit and unequivocal. All transactions based on Riba are strictly prohibited in the Quran. The prohibition of Riba appears in the Quran in four different revelations. The first of these in Makkah; emphasized deprivation of God’s blessing for a man making interest transaction and charity having the essence of manifold rise. The second revelation concerning the subject took place in the early Madinah. It severely condemned interest-referring prohibitions taken place in the previous scriptures. The third revelation enjoined Muslims to keep away from Riba. The forth revelation revealing near the completion of the Prophet’s mission.