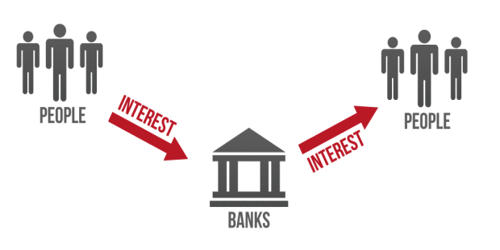 Full-reserve banking occurs if banks keep all deposits in reserve. Full-reserve banking is a proposed alternative to fractional-reserve banking in which banks would be required to keep the full amount of each depositor’s funds in cash, ready for immediate withdrawal on demand. Full-reserve banking was tried out in the UK and the US in the 19th century. Funds deposited by customers in demand deposit accounts (such as checking accounts) would not be loaned out by the bank because it would be legally required to retain the full deposit to satisfy the potential demand for payments. It is assuring that macroeconomic indicators pointed mainly upwards after the reforms were implemented. Proposals for such systems generally do not place such restrictions on deposits that are not payable on demand, for example, time deposits. Although it is hard to associate the positive developments directly with full-reserve banking experiments, at least it should be clear that they did not have a destabilizing impact on the economy. Reserves are held as currency in the bank, or as balances in the bank’s accounts at the central bank.

Full-reserve banking is the alternative to fractional-reserve banking in which banks are required to keep the full amount of each depositor’s funds in cash and cash equivalent instruments, ready for immediate withdrawal on demand. Transition to the full reserve system would be complete when total reserves equaled total bank transaction deposits plus what banks chose to hold in free reserves after the end of interest on reserves. Monetary reforms that included full-reserve banking have been proposed in the past, notably in 1935 by a group of economists, including Irving Fisher, as a response to the Great Depression. More recently, there has been renewed interest following the Great Recession.

Currently, no country in the world requires full-reserve banking. Customers make deposits, which banks then place under the watchful eyes of security guards in their vaults. The money rests peacefully in the vaults until the customers make withdrawals. Every deposit is matched one-for-one by reserves. Banks operating under a full-reserve ratio generally do so by choice or by contract, although the governments in some countries such as Iceland and the US have considered implementing full reserve banking to avoid future financial crises. Full-reserve banking means that banks have no excess reserves that can be used to make loans. In 2018, Switzerland voted on the Sovereign Money Initiative which has full reserve banking as a prominent component of its proposed reform of the Swiss monetary system. As such banks do not function as financial intermediaries. They do nothing but store deposits. The measure was overwhelmingly rejected.