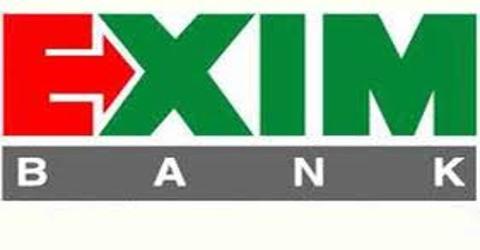 Objective of the Report

In order to conduct such a study the report preparer must follows some specific methods. They are given below-

Primary data will be collected by interviewing employees and manager of Exim bank, new Eskaton branch and directly communication with the customers. A questionnaire survey will be done to minimize interruption of the banking activities. Primary data will be mostly derived from the discussion with the employees & through surveys on customers of the organization. Primary information will be under consideration in the following manner;

Secondary sources that will be used in the study will include:

Export Import Bank of Bangladesh Limited was incorporated in Bangladesh on June 2 1999 as a banking company under the companies Act 1994. The Bank converted its banking operation into Islamic Shariah from traditional banking operation on 1st July 2004 after obtaining approval from Bangladesh bank. Exim bank went for public for issuing shares in the year 2004. Though this bank started its business in 1999 but its growth rate was 40.68 % in 2004 and till 2007 it has grown over 200 % from 2004. The bank has increased its branches to 40 at present and a huge number of customers are getting services from them each day. That indicated that Shariah banking has an effect on the growth of the bank. Within an operative period as short as six years, the bank has arrived at a strong financial and business position by expanding its market share compared to its contemporaries and to some extent to the 2nd even 1st generation banks of private sector. In addition, the Bank has also made a significant contribution to the national economy under the prudent leadership and untiring support of the member of the Board of Directors, who are leading business personalities and reputed industrialists of the country.

Vision of the Bank

Our vision is ‘Together towards Tomorrow’. Export Import Bank of Bangladesh Limited, as the name implies, is not a type of Bank in some countries on the globe, but is the first of its kind in Bangladesh. It believes in togetherness with its customers, in its march on the road to growth and progress with services. To achieve the desired goal, there will be pursuit of excellence at all stages wok a climate of continuous improvement, because, in Exim Bank, we believe, the fme of excellence is never ending. Bank’s strategic plans and networking will strengthen its competitive edge over others in rapidly changing competitive environments. Its personalized quality services to the customers with the trend if constant improvement will be cornerstone to achieve our Operational success.

Mission of the Bank:

The bank  chalked out the following corporate objectives in order to ensure smooth achievement of its goals:

Exim Bank is posed to extend L/C facilities to its importers / exporters through lishment of correspondent relations and Nostro Accounts with leading banks all fcier the world. Moreover, Consumers can deposit their Telephone bill of Grameen Rone in all the branches except Motijheel and the consumers of Palli Buddut somity rf Gazipur can deposit their electricity bill to Gazipur branch.

The bank is currently providing Credit Card Service (MasterCard) to the privileged mers of the bank in collaboration of Prime Bank. Floating VISA card for both >it and Credit card service is under process.

As a commercial Bank, bank’s do all traditional Banking business including the wide noge of savings and credit scheme products, retail banking and ancillary services •Mb the support of modern technology and professional Excellency .But our main feus is, for obvious reason, on export and import trade handling and the development

is a great pleasure that by the grace of Almighty Allah, we have migrated at a time •A the branches from its conventional banking operation into Shariah based Islamic poking operation without any trouble. Lot of uncertainties and adversities were there this migration process. The officers and executives of our bank motivated the customers by counseling and persuasion in light with the spirit of Islam especially for the non-Muslim customers. Our IT division has done the excellent jpb of converting and fitting the conventional business processes into the processes based cd Shariah. It has been made possible by following a systematic procedure of migration under the leadership of honorable Managing Director.

The Bank started its voyage with an authorized capital of TK 1,000 million whole it’s initial paid up capital was TK.225.00 subscribed by the sponsors in the year 1999. The Capital and Reserve of the Bank as on 31st December 2005 stood at TK. 2179.81 million including paid up capital of TK.878.S5 million. The Bank also made provision m unclassified investment which in amounted to TK.263.18 million.

Table : Profit of this bank

The total asset of the Exim bank has differed from one year to another year. The figure shows the 2005 there was a small position from the 2007. It has increased day by day and it is increasing. That means we can say that the bank total asset in increasing for there better service well as there better performance.

2005 there total liabilities and shareholders equity was 27 % where 2006 is 33 % and in BOOT it increased at the percent of 40 %. Form this information we can say that it has sufficient to do this and if it occurs more it will be hampered.