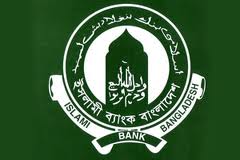 Establishment of Islamic Development Bank (IDB) by the OIC member states in the year 1975 has been proved to be a breakthrough in the expansion of Islamic Shariah based finance and specially banking throughout the world. As a founder member of IDB, the Government of Bangladesh also had the commitment to establish Islamic banks which was reflected in different steps taken by the governments of the country. The OIC members consented to the proposals to introduce Islamic economy and banking in their respective countries held in the foreign ministers’ conferences in 1978 and 1980 in Dakar and Islamabad respectively. In the year 1981, OIC in its 3rd summit held in Makkah approved the proposition submitted by Bangladesh to introduce separate banking system following Islamic ideology. As per decision, the GOB sent representatives to the Middle Eastern countries to learn the existing banking systems in those countries.

In the private sector, the Islamic Economics Research Bureau (IERB) was the first organization that took active initiative in this regard. They arranged a national seminar on Islamic Economics and Banking in the year 1979 and inspired by the discussion and the papers presented in the seminars, some local bankers formed ‘Islami Bank Working Group’. The IERB again arranged an international seminar in 1980. After the seminar, Dhaka based ‘Muslim Businessman Society’ (later renamed as ‘Industrialist and Businessmen Association’) under the leadership of renowned industrialist Abdur Razzaque Lasker, took initiative to establish an Islamic bank and applied to the government for permission. At this stage, the GOB provided necessary permission in the year 1983 and at last ‘Islami Bank Bangladesh’ was registered under Company Act in which 19 Bangladeshi national, 4 Bangladeshi institutions and 11 banks, financial institutions and government bodies of the Middle East and Europe including IDB and two eminent personalities of the Kingdom of Saudi Arabia joined hands to make the dream a reality.

Mission of the Bank

To establish Islamic banking through the introduction of a welfare oriented banking system and also ensure equity and justice in the field of all economic activity balanced growth and equity development through diversified investment operations particularly in the priority sectors and less development areas of the country.  To  encourage  socio-economic  uplift  and  financial  services to  the  low  income  community  particularly  in  the  rural  areas.

Vision of the Bank

The vision of IBBL is to always strive to achieve superior financial performance, be considered a leading Islamic Bank by reputation and performance. Besides,

To establish and maintain the modern banking technology, to ensure the soundness and development of the financial system based on Islamic principles and become the strong and efficient organization with highly motivated professionals, working for the benefit of people, based upon accountability, transparency and integrity in order to ensure stability of financial system.

Try to encourage savings in the form of direct investment

Try to economic investment particularly in projects, which are move likely to lead to higher employment.

All activities are conducted on interest-free system in accordance with Islamic Shariah Principles.

Since its startup, IBBL is maintaining a steady growth in terms of profitability and geographical coverage. 80s may be termed as ‘Foundation Stage’; during the 90s, the bank passed its ‘Early Growth Stage’ and during the first decade of the 21st century, its making ‘Rapid Growth’. The growth fact file from 1983 – 2008 is given hereunder:

–        IBTRA shifted to its own premises at Mohammadpur.

–        Introduction of REUTERS and dealing service.