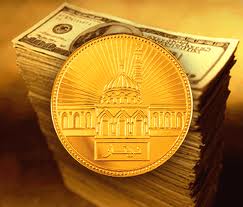 WHAT IS ISLAMIC BANKING?

Islamic banking has been defined in a number of ways. The definition of Islamic bank approved by the General Secretarial of the OIC is staled in the following manner. “An Islamic bank is a financial institution whose status, rules and procedures expressly state commitment to the principle of Islamic Shariah and to the banning of the receipt and payment of interest on any of its operations.” Dr Shawki Ismail Shehta viewing the concept from perspective of an Islamic economy and the prospective role to be played by an Islamic bank therein opines that “It is therefore, natural and, indeed, imperative for an Islamic bank incorporate in its functions and practices commercial investment and social activities, an institution design to promote the civilized mission of an Islamic economy.” Dr. Ziaul Ahmed says, “Islamic banking is essentially a normative concept and could be define conduct of banking in consonance will the ethos of the value system of Islam.”

It appears from the above definitions that Islamic banking is a system of financial intermediation that avoids receipt and payment of interest in its transactions and conducting operations in a way that it helps achieving the objectives of an Islamic economy. Alternatively, this is a banking system whose operation is based on Islamic principle transactions of which profit and loss sharing (PLS) is a major feature ensuring justice equity in an economy. That is why Islamic banks are often known as PLS-banks.

Theoretical Basis of the Concept of Islamic Banking:

Conventional banking is essentially based on debtor-creditor relationship between depositors and the bank in the one hand and between the borrowers and the bank on the interest is considered as the price of credit, reflecting the opportunity cost of money. Islam, on the other hand, considers loan to be given or taken, free of charge, to meet contingency and that the creditor should not lake any advantage of the borrower. The money is lent out on the basis of interest, more often it happens that it leads to some kind of injustice. The first Islamic principle underlying such kinds of transactions is that “deal not unjustly and ye shall not be dealt with unjustly”. Hence, commercial banking in an Islamic framework is not based on debtor-creditor relationship.

The second principle regarding financial transactions in Islam is that there should not be any reward without risk-taking. This principle is applicable both to labor and capital. As no payment is allowed to labor unless it is applied to work, no reward for capital should be allowed unless it is exposed to business risks.

Thus, financial intermediation in an Islamic framework has been visualized on the basis of the above principles. Consequently financial relationships in Islam have been participatory in nature. Several theorists suggest that commercial banking in an interest-free system should be organized on the principle of profit and loss sharing. The institution of interest is thus replaced by a principle of participation in profit and loss. That means, a fixed rate of interest is replaced by a variable rate of return based on real economic activities. The distinct characteristics which provide Islamic banking with its main points of departure from the traditional interest-based commercial banking system are: (a) the Islamic banking system is essentially a profit and loss sharing system and not merely an interest-free (Riba) banking system; and (b) investment (loans and advances in conventional sense) under this system of banking must serve simultaneously both the interest of the investor and those of the local community. The financial relationship as pointed above is referred to in Islamic jurisprudence as Mudarabah.

An Islamic bank has several distinctive features as compared to its conventional counterpart. Six essential differences as below:

The primary objective of establishing Islamic bank all over the world is to promote, foster and develop the application of Islamic principles, law and tradition to the transaction of financial, banking and related business affairs and to promote investment companies, enterprises and concerns which shall themselves be engaged in business as are acceptable and consistent with Islamic principles, law and traditions. But the objective of Islamic bank when viewed from the context of its role in an economy, its specific objectives may be enlisted as following:

Islamic banking is claimed to be more development oriented than its conventional counterpart. The mechanism of Profit-Sharing is build-in development promoter since it establishes a direct relationship between the benefit of the bank and the entrepreneurs.

The means, in the case of Islamic banking profitability of projects works as deciding factor as to where the financial resources will go and to what extent.

Another important objective of Islamic banking is to ensure equitable distribution of income and resources among the participating factors: the bank, the depositors and the entrepreneurs. This is done through its built-in mechanical arrangement as well as other welfare activities pursued through Zakah fund.