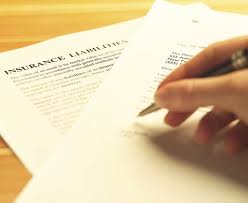 Foreign trade can be easily defined as a business activity, which crosses national boundaries. These may be between parties or government ones. Trade among nations is a common occurrence and normally benefits both the exporters and importers.

Foreign trade can usually be justified on the principle of comparative advantage. According to this economic principle, it is economically profitable for the country to specialize in production of that commodity in which the producer country has the grater comparative advantage and to allow the other country to produce that commodity in which it has the lesser comparative advantage. It includes the spectrum of goods, services, investment, technology transfer etc. These trades among various countries calls for lose linkage between the parties dealing in trade. The banks, which provide such transactions, are referred to as rendering international banking operations. International trade demands a flow of goods from seller to buyer and of payment from buyer to seller. And this flow of goods and payment are done through letter of credit (LC).

Letter of credit (L/C) can be defined as a “Credit Contract” whereby the buyer’s bank is committed (on behalf of the buyer) to place an agreed amount of money at the seller’s disposal under some agreed conditions.  Since the agreed conditions include, amongst other things, the presentation of some specified documents, the letter of credit is called Documentary Letter of Credit. The Uniform Customs & Practices for Documentary Credit (UCPDC) published by international Chamber of Commerce (1993) Revision; Publication No. 600 defines Documentary Credit:

Any arrangement however named or described whereby a bank (the “issuing bank“) acting at the request and on the instructions of a customer (the “Applicant”) or on its own behalf.

To make a payment  or to the order of a third party(the beneficiary) or is to accept and pay bills of exchange(Drafts)drawn by the beneficiary, or

Authorizes another bank to negotiate against stipulated documents provide that terms and conditions are complied with.

Documentary Credits may be either:

Revocable credit: A revocable credit is a credit that can be amended or cancelled by the issuing bank at any time without prior notice to the seller.

In case of seller (beneficiary), revocable credit involves risk, as the credit may be amended or cancelled while the goods are in transit and before the documents are presented, or although presented before payments has been made.  The seller would then face the problem of obtaining payment on the other hand revocable credit gives the buyer maximum flexibility, as it can be amended or cancelled without prior notice to the seller up to the moment of payment buy the issuing bank at which the issuing bank has made the credit available, In the modern banking the use of revocable credit is not widespread.

Irrevocable credit: An irrevocable credit constitutes a definite undertaking of the issuing bank (since it can not be amended or cancelled without the agreement of all parties thereto), provided that the stipulated documents are presented and the terms and conditions are satisfied by the seller.  This sort of credit is always preferred to revocable letter of credit.

Parties for Letter of Credit:

Other parties that facilitate the Documentary Credit are:

Some Important Documents of L/C:

Bill of Exchange: According to the section 05, Negotiable Instruments (NI) Act-1881, A “bill of exchange” is an instrument in writing containing an unconditional order signed by the maker, directing a certain person to pay [on demand or at fixed or determinable future time] a certain sum of money only to or to the order of a certain person or to the bearer of the instrument.  It may be either at sight or certain day sight.  At sight means making payment whenever documents will reach in the issuing bank.

This form is prepared for maintaining account of the money, which goes out side the country for the purpose of payment.  This form is required by Bangladesh Bank.  It is an application for permission under 4/5 of the Foreign Exchange Regulation Act, 1947 to purchase foreign currency for the payment of import.

Following documents are sent with FORM-IMP:

The following Information is included in the FORM-IMP:

Name and address of the authorized dealer,

Amount of foreign currency in words and figures,

Names and address of the beneficiary,

Registration number of L/C Authorization Form with Bangladesh Bank, and

Description of the goods.

For opening L/C, importer will apply to the issuing bank.  In that case, importer is called applicant or opener.  After opening an L/C bank will create a contingent liability.  In that case, the accounting posting will be the following-.

Generally L/C is opened against some margin.

Then the issuing bank will give another entry-

PAD will debit because the bank will pay the money against some documents’ General Account is a miscellaneous account.  It will be credited because by this entry ABBL creates a liability.  He has to pay the money to the advising bank.  And the gain made by the transaction is shown at Exchange Gain Account.

All these entries are made after receiving some documents from the exporters.  The above procedure is called Lodging.

After giving the above entry, ABBL will inform the clients for collecting the documents from the bank.

After opening the L/C, ABBL (issuing bank) must receive the documents for any other proceedings.  These documents are —