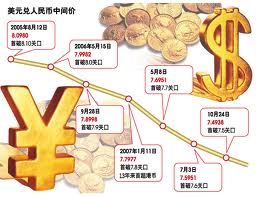 By linking together the currencies or money units of different countries, foreign exchange rates make the comparison of international costs and prices of goods and services possible. Consequently, they play a dominant role in determining the volume and direction of international trade.

Each of these exchange rate systems is discussed in follows:-

In December 1971, a conference of representatives from various countries concluded with the Smithsonian Agreement, which called for a devaluation of the U.S. dollar by about 8 percent against other currencies.

By March 1973, most governments of the major countries were no longer attempting to maintain their home currency values within the boundaries established by the Smithsonian Agreement.

Disadvantages of a Fixed Exchange Rate System. One disadvantage of a fixed exchange rate system is that there is still risk that the government will after the value of a specific currency. Although an MNC is not exposed to continual movements in an exchange, it does face the possibility that its government will devalue or revalue its currency.

A second disadvantage is that from a macro viewpoint, a fixed exchange rate system may make each country more vulnerable to economic conditions in other countries.

An additional advantage of a freely floating exchange rate system is that a central bank is not required to constantly maintain exchange rates within specified boundaries.

A freely floating exchange rate system can adversely affect a country that has high unemployment.

The exchange rate system that exists today for some currencies lies somewhere between fixed and freely floating. It resembles the freely floating system in that exchange rates are allowed to fluctuate on a daily basis and there afternoon official -boundaries. It Fs similar to the fixed rates international government can and some­times do intervene to prevent their currencies from moving too far in a certain direction. This type of system is known as a managed float “dirty” float (as opposed a “clean” float where- rates float freely without government inter-venation).

Criticism of a Managed Float System. Some critics suggest that a managed float ”system allows a government to manipulate exchange rates in a manner that can benefit its own country at the expense of others. For example, a government may attempt to weaken its currency to stimulate a stagnant economy. The increased aggregate demand for products that results from-such a policy may reflect a decreased aggregate demand for products in other countries, as the weakened currency attracts foreign demand.