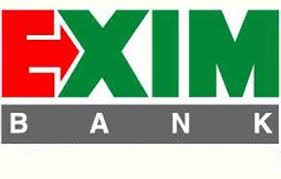 The year 2004 was remarkable year simultaneously for development and achievements of continuous growth rate in all the areas of banking operations. The Bank has successfully been marching ahead with its prime business objective by earning a pre-tax profit of Tk.   645.64 Million registering an annual growth of 34.93% than that of the previous year. It has successfully mobilized Tk. 19078.18 million deposit from depositors and arranged disbursement of Tk. 19332.44 million as Investment to 10091 accounts as on 31st December 2004 through its 24 Branches. The total Income and expenditure of the Bank were Tk. 2644.59 million and Tk. 1808.78 million respectively during the period under review. The return on assets (ROA) was 3.44% well above the industry average. The achievements were possible because of the service excellence of management team with support from a very resourceful and skilled workforce who are rendering efficient and specialized services.

Figure in crore in (Tk.)

The authorized and Paid up Capital of the Bank was Tk. 100 million and Tk. 225.00 million while it started its  Banking operation in 1999. The Capital and reserve of the Bank as on 31st December 2004 stood at Tk. 1400.00 million. The Bank also made a 1% general provision on unclassified investments of the Bank, which amounted to Tk. 188.22 million.

The deposit is the lifeblood for the commercial Banks. The core business of commercial banks is accepting deposits and investing fund and it’s main stream of revenue of commercial banking. The total deposit of the Bank stood at Tk. 19078.18 million as on December 2004 as against Tk. 15242.97 million of the previous year which is an increase of 25.16%. This growth rate may be termed as a remarkable achievement for the Bank. The present strategy is to increase the deposit base through maintaining competitive rates of Profit and having low cast of funds.

Investments are the core asset of a Bank. The bank gives emphasis to acquire quality assets and does appropriate Investment risk analysis while approving commercial and trade facilities to clients.

The size of the investment portfolio in 2004 is Tk. 1542.99 million. The portfolio comprises Islamic Investment Bond, Shares and Prize Bonds.

Import Business is considered as an important segment of Foreign exchange business. During the year, the Bank opened 16339 import letter of credit  and the import volume stood at Tk. 2 6781.80 million with  a growth of 39.05% comparison with previous year.

The growth of the export business has significantly been increased by 48.22%. It stood at Tk. 22418.40 million as of December 31, 2004 against Tk. 15124.60 million of the previous year. Export item handled by the Bank includes Jute, Jute goods, readymade garments, leather and leather goods, textile goods etc.

4.10 In order to ensure better management of Asset and Liability, an Asset Liability committee (ALCO) has been formed at Head Office. The Committee designed the strategy for liquidity management, reduction of profit rate risk, market risk and maturity gap. Moreover, ALCO  provides the Bank continued access to different funds including inter bank fund so that liquidity risk is low. The pricing policy for different kinds of liability and asset is also determined by this committee. The bank ensures its available funds to meet obligation of maintaining Statutory Liquidity Requirement (SLR) and investment of liquid asset in a profitable manner.

In order to provide customer friendly and low cost efficient services, there is no other alternative of computer aided banking services. The present global business house scenario depends on technology. As such a bank can not provide optimum service to its clients without modern technology. Keeping this in view, the bank has computerized all of its Branches from day one of its opening. The bank has already computerized almost all the banking business processes including deposit, investment, remittance, import, export etc for each branch and maintaining nostro accounts, reconciliation of inter branch transactions, maintaining consolidated accounts etc in Head Office. The online banking has already been introduced within 6 branches of Dhaka City, rest of the branches will come into this facilities very soon.

The number of branches of Bank now stand at 24 including 5 new Branches opened during the year 2004 while it was 19 in the previous year. Out of 24 branches, 18 are located at main business centers of urban areas across the country and remaining 06 branches are at rural areas of the country. The bank plans to gradually open more branches covering important commercial places both in urban and rural areas.

Internal Control & compliance division are  responsible to supervise the functions of the Branches / divisions, Head Office and including its officials in order to ensure compliance of rules &  and taking corrective measures, which are being carred out under the yearly program. Internal Control & Compliance division has completed the inspection of all the Branches of the Bank in the year 2004. Pursuant to Bangladesh Bank circular, the Board has also formed a Board Audit Committee to undertake examination of various inspection reports at regular interval. The committee also reviews audit objections and its compliance with the rules and regulations of Bangladesh Bank.

Correspondent Banks are the trade partners of international trade. EXIM bank has already achieved tremendous success in foreign exchange business. The Bank has established correspondent relationship with 200 banks. The Bank has also made BKE arrangement with 190 Banks covering 118 countries across the World.

The Bank has launched Master card among its customer in joint collaboration with Prime Bank Ltd.

In order to meet the global competitive business demand, the necessity of quality human resources and its development through training is vital for any organization particularly for service oriented industry like a bank. The bank has already established a training center of its own to train the officers in order to equip the human resources to face the challenges of 21st century. During the year bank has provided training as many as 114 participants at home and abroad. Our recruitment process is very rigid and policy oriented but fully transparent. We aimed at recruitment of only competent work force.

The Board of Directors of EXIM Bank Ltd. has unanimously decided to establish a foundation under the name and style “EXIM Bank Foundation” to undertake social welfare activities and charitable purpose. The name clearance of t he foundation has already been obtained from Registrar of Joint Stock Companies & Firms and the draft constitution of the foundation has been finalized. Now it is under process of registration with the permission of the Government. A certain portion of the operating profit of the Bank is usually provided in the foundation.

At the aim of social contribution activities,  we have already initiated formation of  foundation as indicated above. Meanwhile in the current year, as part of the activity the Bank made a  donation of Tk. 40 lacs to the Prime Ministers Relief Fund, Tk. 20 lacs  to the relief fund of the opposition leader. They have also disbursed Tk. 20 lacs directly among the flood affected victims. Besides, bank has undertaken a series of sponsorship towards promotion of sports, culture & education. Bank partifipated in the beautification program in Dhaka  City  and is firmly committed to establish hospital, educational & cultural institutions in future.

Pursuant to the condition under Clause (b) of the order NO. SEC/SRMID/2000-953/Admin/02-04 dated 10.10.2001 of Securities and Exchange Commission and in terms of BRPD Circular letter # 12 dated July 11, 2001 of Bangladesh Bank, existing auditors M/s. Rahman Rahman Huq, Chartered Accounts, being t he auditors of the company for the last 3(three) consecutive years, is to retire this year. As such, new auditors will have to be appointed in this Annual General Meeting.

The Board of Directors of EXIM Bank Ltd. recommends 40% stock dividend for the year ended December 31, 2004 subject to the approval of Annual General Meeting.

It is really great pleasure that the IPO of shares of the Bank has received spontaneous public support and had been over subscribed almost 16 times than that of IPO subscription amount. The initial public offering (IPO) of the Bank was responded by the highest number of applicants in the capital market history of Bangladesh. The Bank made distribution of allotment.  Letters among 56,755 applicants out of 1,16,442 valid applicants through a free, fair, impartial and open lottery in presence of applicants as well as representatives of the regulatory bodies/authorities.

The Exim Bank Bangladesh Ltd. initial public offering per share Tk. 100 only. The share Dramatically rate become is Tk. 750/-.  It is the highest number of rate in the stock exchange market of Bangladesh. The Exim Bank share increasing of prices day by day.