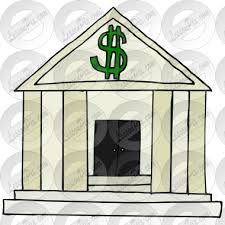 Whoever, being an individual firm, company or corporation generally deals’ in the business of money and credit Is called a bank. In our country, any institution, which accepts for the purpose of lending or Investment deposits of money from public, repayable on demand or otherwise, and with transferable by checks draft order & otherwise Is called a bank?

The purpose of Banking is to ensure transfer of money from surplus unit to deficit units  Banks In all countries work as the repository of money. The owners look for safety and amount of Interest for their deposits with Banks. Entrepreneurs try to obtain money from the banks as working capital and for long term investment These entrepreneurs welcome effective and forward-looking advice for Investment Banking sector thus owe a great deal to the deposit holders on the one hand and the entrepreneurs on the other. They are expected to play the role of friend, philosopher, and guide for the deposit holders and the entrepreneurs.

Since liberation, Bangladesh passed through fragile phases of development In the Banking sector. The nationalization of Banks In the post liberation period was Intended to safe the Institutions and the Interest of the depositors. Those handling the banking sector have borne the burden of putting banks on reliable footings. Despite all that was done, some elements of irregularities appeared. With the assertion of the role of the Central Bank, the Bangladesh Bank started adopting measures for putting banking institutions on right track Yet the preponderance of public sector management of banks left some negative effects In the money market In particular and the economy In general The agility among the borrowers manipulates the banking sector as a whole. In effect, a default culture, among other effects, appeared on the scene.

The opening of private and foreign participants to the banking sector was Intended to obtain desirable results from banking. The authorization of private banks was designed to create competition among the banks and competition in the form of efficiency within and the productivity In enterprises funded by banks. Unfortunately, for the people, at large, banking sector is yet to obtain the credit for efficiency, credibility  and growth.

The clever, among the user of banking services, have Influenced the management of banks, for obtaining short term and long term loans. They sometimes showed inflated equity to get money for Investment in businesses and industry. Few diverted their loan money to purposes different from the loan proposals, and Invested In non profitable units have failed to repay their loans to the banks. For this reason new entrepreneurs are not getting capital while defaulting entrepreneurs have started obtaining either relief In the form of rescheduling of the repayment program or additional inevitable money for diversified units.

But now, the situation Is changing day by day, Bangladesh Bank is taking more initiative for reducing the bad loan. The banks’ are also taking smart techniques and decision to reduce the bad loan and Investing In more secured place. This Is not only good for the banks but also good for Bangladesh economy, because Investors are trying to improve their business decision & Innovating more constructive business plan.

For the improvement of banking sector, Bangladesh Bank took some changes in Banking Company Ad in the recent year and some changes also In progress. Which are as follows:

•   Every bank has to increase their paid up capital and reserve from 10 million to 20 million.

•   There should not be more than 13 directors in a bank (except the Investors).

•   If any family holds more than 5% of share, then two directors may be appointed from that family at best

•   If any family holds less than 5% of share, then one director may be appointed from that family at best.

•   Excepts the Managing Director, other directors should not hold his post more than two times continuously.

•   Excepts these rules, Bangladesh Bank enhanced the penalties more Ideal for the miss users of these Act.

There are 48 (forty eight) banks in Bangladesh. The banks and the number of branches are as follows:

Banking is the backbone of national economy. All sorts of economic and financial activities revolve round the axis of the bank. As the industry produces goods and commodities, so does the bank creates and controls money-market and promotes formation of capital. From this point of view, banking-a technical profession- can be termed as industry. Services to its customers are the products of banking industry besides being a pivotal factor in promoting capital formation in the country. As all economic and fiscal activities revolve round this important ‘Industry, the role of banking can hardly be over emphasized.

circumstances being such, It becomes Imperative to find out the role that now planning in the country and analyze its operational aspects so as to ascertain the Importance of this delicate financial sector and Its over all Impact on our national economy. To ascertain the role of banks and to analyze Its operational aspects and its overall Impact on our national economy a through study as to Its distribution, expansion and contribution Is essential to comprehend Its past, present and future bearings for the growth and development of the banking sector of the country. In the global context, the role banks is far – reaching and more penetrating In the economic and fiscal discipline, trade, commerce, Industry, export and import- all carried through the bank. Banks are the only media through which international trade and commerce emanate and entire credit transactions, both national and International.