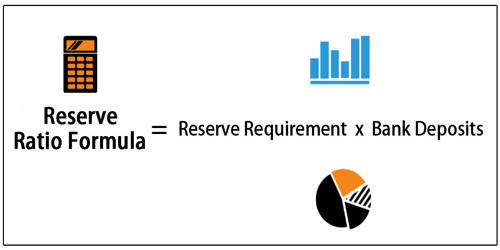 The reserve requirement is the total amount of funds a bank must have on hand each night. This is a regulation that sets the minimum amount of money that banks must hold in reserve. It is a central bank regulation that sets the minimum amount of reserves that must be held by a commercial bank. It is a percentage of the bank’s deposits. The nation’s central bank sets the percentage rate. The minimum reserve is generally determined by the central bank to be no less than a specified percentage of the number of deposit liabilities the commercial bank owes to its customers.  It’s usually decided by a country’s central bank, and based on the number of deposits each commercial bank holds. Requiring banks to have a reserve requirement serves to protect them and their customers from a bank run. Banks and other depository institutions are required to hold a portion of their deposits as reserves.

The commercial bank’s reserves normally consist of cash owned by the bank and stored physically in the bank vault (vault cash), plus the amount of the commercial bank’s balance in that bank’s account with the central bank. The reserve requirement applies to commercial banks, savings banks, savings and loan associations, and credit unions. Reserve requirements are a tool used by the central bank to increase or decrease the money supply in the economy and influence interest rates. These are one of the three monetary policy tools the Federal Reserve uses to implement monetary policy.

Reserve requirements are the number of funds that a bank holds in reserve to ensure that it is able to meet liabilities in case of sudden withdrawals. The required reserve ratio is sometimes used as a tool in monetary policy, influencing the country’s borrowing and interest rates by changing the number of funds available for banks to make loans with. Western central banks rarely increase the reserve requirements because it would cause immediate liquidity problems for banks with low excess reserves; they generally prefer to use open market operations to implement their monetary policy.