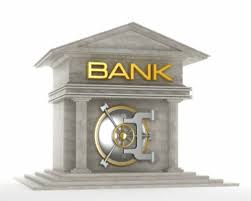 The name bank derives in the Italian word banco “desk/bench”, used over the Renaissance by Florentines bankers, who used to make their transactions preceding a desk included in a green tablecloth. However, there are history of banking action even in historical times. In reality, the word history its origins here we are at the Ancient Roman Empire, where moneylenders would setup their stalls in the middle of enclosed courtyards called macella over a long bench known as a bancu, from where the words banco along with bank are derived.