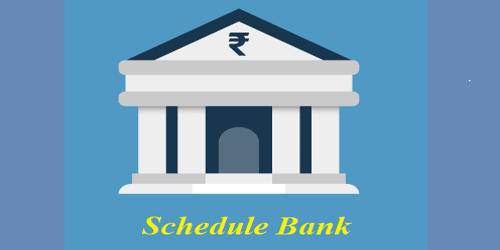 Banks implies the financial institution that takes public deposits and extends credit to those who need it. They are a substantial part of the financial system, which assists in the overall economic development. The bank whose name is included in the schedule of the Central Bank of a country is called a scheduled bank. Scheduled banks are a banking corporation whose minimum paid-up capital is (A specific money amount) and does not harm the interest of the depositors. However, they are required to fulfill certain obligations like maintenance of an average daily balance of CRR (Cash Reserve Ratio) with the central bank at the rates specified by it.

Scheduled banks are entitled to borrow money from the central bank for regular banking purposes. These banks have the right to become the member in the clearinghouse, while no such facility is allowed to non-scheduled banks.