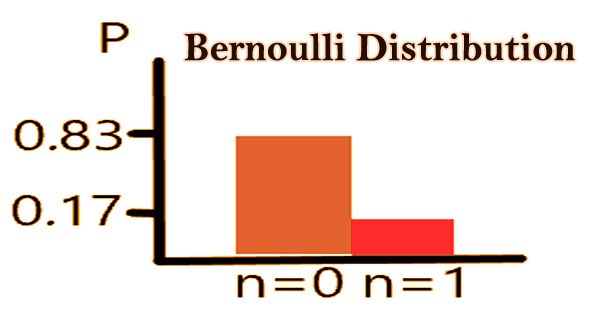 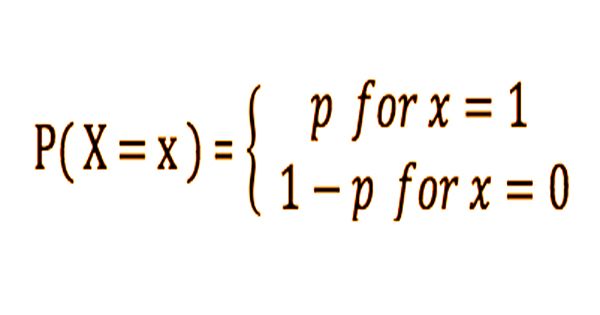 A significant part of any Bernoulli trial is that it is appropriate to be independent of each action. Which ensures that in the proceedings, the odds must remain the same; each case must be entirely different and have nothing to do with the previous event. A special case of the binomial distribution with n = 1 is the Bernoulli distribution. In the Bernoulli distribution, the two potential outcomes are labeled by n = 0 and n = 1 in which n = 1 (success) occurs with probability p and n = 0 (failure) occurs with probability 1 – p, and since a probability value is 0 < = p < = 1.

The Bernoulli distribution is often used in research and clinical trials to model a single person experiencing an occurrence such as death, a disease, or exposure to illness. The model is an outstanding predictor of the likelihood of an entity experiencing the event in question.

To model disease incidence, Bernoulli distributions are used in logistic regression. A single toss of a biased/unbiased coin can be a simple example. The value of p will be 0.5 in the event of flipping an impartial or equal coin, giving a 50 percent chance of each outcome. However, in the case of a skewed coin flip where the probability of heads (success) is 0.6 while the probability of tails (failure) is 0.4, we must note that the probabilities of success and failure need not be equal all the time, like the distribution of Bernoulli. 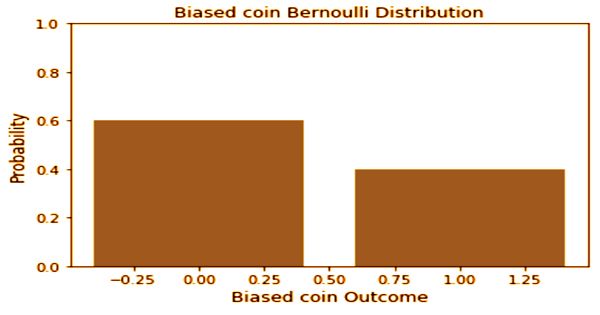