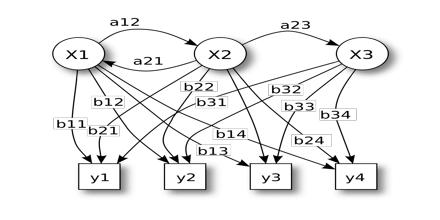 This article talks about Hidden Markov Model, which are especially known for their application in temporal pattern recognition such as speech, handwriting, gesture recognition, part-of-speech tagging, musical score following, partial discharges and bioinformatics.Hidden Markov Model is one in which use to observe a sequence of emissions, but do not know the sequence of states the model went through to generate the emissions. Analyses of hidden Markov models seek to recover the sequence of states from the observed data. It can be considered a generalization of a mixture model where the hidden variables, which control the mixture component to be selected for each observation, are related through a Markov process rather than independent of each other.