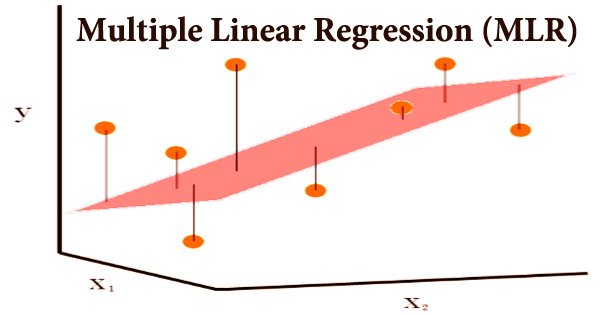 Multiple linear regression (MLR), often known as multiple regression, is a statistical approach for predicting a variable’s outcome based on the values of two or more variables. It’s a particular instance of general linear models with only one dependent variable, and it’s an extension of basic linear regression with more than one independent variable. Because it contains more than one explanatory variable, multiple regression is essentially an extension of ordinary least-squares (OLS) regression.

The coefficient of determination (R-squared) is a statistical tool for determining how much variation in the independent variables can be explained by variance in the result. Even if the predictors are unrelated to the outcome variable, R2 always rises when additional predictors are added to the MLR model. For parameter estimation and inference in linear regression, a wide variety of techniques have been developed.

The computational simplicity of the algorithms, the presence of a closed-form solution, robustness to heavy-tailed distributions, and the theoretical assumptions required to validate desirable statistical properties such as consistency and asymptotic efficiency are all differences between these methods. Multiple linear regression is based on the following assumptions: