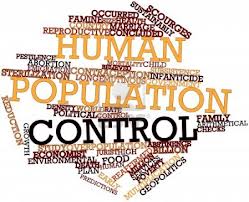 Population is the aggregate of all possible values of a variable or possible objects whose characteristics are of interest in any particular investigation or enquiry.

Example: If the incomes of the citizens of a country are of interest to us, the aggregate of relevant incomes will constitute the population. This population is finite, whereas the population consisting of all possible outcomes (heads, tails) in successive tosses of  a coin is infinite. It should also be apparent from the above discussion that a statistical population as defined here need not have anything to with a human population.

A sample is a part of a population. Although we are primarily  interested in the  properties of a population or universe, it is often impracticable or even impossible to study the entire universe. Hence, inferences about a population are usually drawn an the basis of a sample. It is, therefore, essential that the sample studied should be representative of the population.

Qualitative data: In certain statistical investigations, we are concerned only with the presence or absence of some characteristic in a set of objects or individuals . In this situation, we only count how money individuals do or do not possess the characteristics.

For example, if we have record of births we may be concerned only as to whether the body is male or not and count the number of male babies.

Similarly, if a coin is tossed a number of  times, we may only note the number of heads in the given set of tosses.

This type of data is called Qualitative or enumeration data and the characteristic used to classify an individual into different categories is called an attribute.

The term qualitative arises from the fact that differences between a set of individuals with respect to the given characteristic can only be stated in qualitative units.

It should be pointed out that an attribute may specify any number of classes or categories and to one and only one of which every individual under consideration must belong.

In some situations, the categories of an attribute are either natural or have clearly defined boundaries so that individuals can be classified into a category without any ambiguity