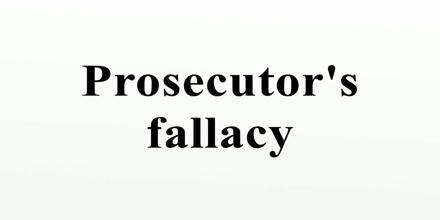 Prosecutor’s Fallacy is any of several fallacies of statistical reasoning often used in legal arguments. It can arise from multiple testing, such as when evidence is compared against a large database. The size of the database elevates the likelihood of finding a match by pure chance alone; i.e., DNA evidence is soundest when a match is found after a single directed comparison because the existence of matches against a large database where the test sample is of poor quality may be less unlikely by mere chance.