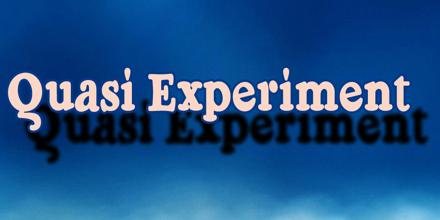 Quasi Experiment is a study in which the researcher manipulates the level of some independent variable and then measures the outcome. In a quasi-experiment, the control and treatment groups differ not only in terms of the experimental treatment they receive, but also in other, often unknown or unknowable, ways. Thus, the researcher must try to statistically control for as many of these differences as possible. It is simply defined as not a true experiment. Quasi Experiment does not have randomly assigned groups. Quasi-experiments are also effective because they use the “pre-post testing”.