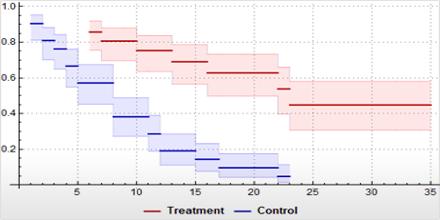 This article describe about Survival Analysis, which is generally defined as a set of methods for analyzing data where the outcome variable is the time until the occurrence of an event of interest. It involves the modelling of time to event data; in this context, death or failure is considered an “event” in the survival analysis literature – traditionally only a single event occurs for each subject, after which the organism or mechanism is dead or broken. It is a part of reliability studies in engineering and it is usually used to study the lifetime of industrial components.