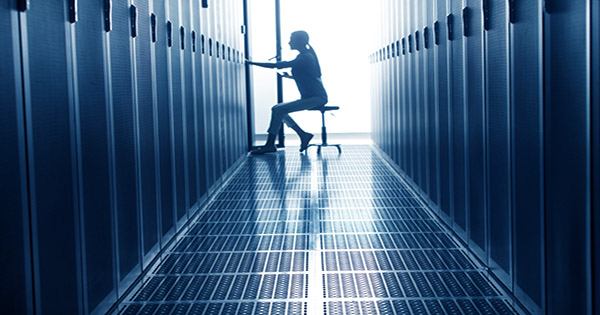 Cloud Infrastructure Market Hits $180B Run Rate in Q3, as Even Chip Shortages Cannot Slow it Down

Amazon, Microsoft, and Google, the Big Three cloud infrastructure suppliers, all announced results this week, as you might think, they fared well in a market that grew to $45 billion globally, resulting in an overwhelming $180 billion run rate and $164 billion in trailing 12-month sales. According to Synergy Research, total revenue increased by 37% in the quarter. The issue is whether these companies will be able to keep ahead of the chip shortages that are affecting the whole technology supply chain, from smartphones to desktops.

To begin, let us look at the top three providers, who accounted for 70% of the market share this quarter? While Amazon’s market share remained at 33 percent, as it has for years, revenue increased by 39 percent, a 2 percent raise over the previous quarter and a 10% increase over the year-ago report. Amazon’s sales increased to $16.1 billion from $11.6 billion a year earlier. If you do the arithmetic at home, you will see that this figure is not one-third of $45 billion. This is because Synergy measures infrastructure, platform services, and hosted private clouds, and subtracts any income that is not solely from these buckets, such as consultancy or hardware.

Microsoft makes it even more difficult to estimate the whole cloud infrastructure market, but based on Synergy’s statistics, Azure infrastructure revenue is $9 billion, up from $8.4 billion last quarter. Microsoft’s Azure and other cloud services climbed 50% this quarter, down slightly from 51 percent the previous quarter and up 2% from the year-ago quarter, according to the firm. Finally, Google maintained its ten percent market share, worth $4.5 billion, up from $4.2 billion last quarter and $2.9 billion a year ago, as the company continues to make steady gains in the cloud infrastructure industry.

Overall revenue predicted to be $49.4 billion by Canalys, putting it on a run pace of about $200 billion. They predicted a significantly lower growth rate of 35%, while market share predictions for the Big Three differed slightly, with the business forecasting Amazon with 32%, Microsoft with 21%, and Google with 8%. Regardless of matter whose stats you use, a big business that still expanding fast, but chip shortages, according to Canalys, might impede that growth in the next year. “Overall computing demand is outpacing chip production capabilities, and cloud service providers’ infrastructure development may be constrained,” Canalys’ Blake Murray said in a statement.

During earnings calls, supply chain bottlenecks were clearly on the minds of these firms and analysts. When Goldman Sachs analyst Kash Rangan questioned the supply chain problem’s impact on data center growth, Microsoft CFO Amy Hood had this to say. “Second, you raised some excellent concerns regarding the supply chain implications, particularly around data centers, given our spending this quarter, and my projection for next quarter should be similar.” Kash, a lot of it is due to the significant lead-time. As a result, we have a reasonable idea of how long it will take to satisfy the capacity signals we are seeing. I believe we did a decent job handling it; that has not to say we are not affected; having many sources helps us get through it. And I think the team did a fantastic job,” Hood remarked over the phone.

According to John Dinsdale, principal analyst at Synergy, these huge suppliers’ power means they will likely acquire what they need despite broader chip market challenges. “These firms are quite adept at controlling their supply chains, and they’re such big consumers,” he added, “so you have to expect they’ll get preferential treatment from suppliers.” “There are also a few knobs they can tune in terms of decisions like construct vs. lease, extending server lifespan, and transferring workloads to various locations.” They now have massive and widely spread data center networks giving them a lot of leeway in obtaining what they want, “he added.

Patrick Moorhead, the senior analyst at Moor Insights and Strategies, who follows the semiconductor industry closely, agrees, adding that while prices may rise, hyperscalers will still be able to secure their supply.

“I don’t believe we’re there yet.” Yes, if the scarcity worsens, but I do not think that will happen. Chipmakers put the data center first because it has a bigger profit margin than consumer PCs and smartphones,” Moorhead explained. Even though supply difficulties have a short-term influence on data center expansion, it appears that nothing will slow this industry down in the end. Growth is inevitable, with corporations eager to more workloads to the cloud, but we will see if the supply chain has had any impact next quarter.