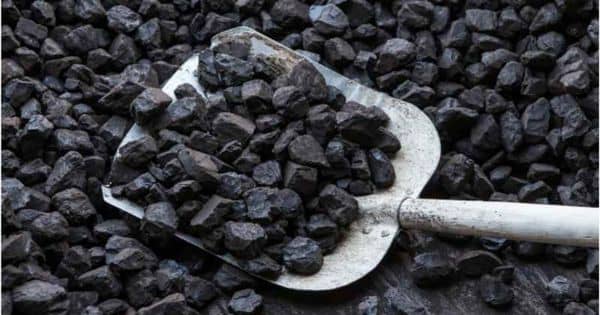 Coal Industry Changes Over the Next Couple of Decades

Decisions made now will determine whether economies profit or lose money as the coal industry evolves over the next few decades. Australia and Indonesia, for example, could lose billions of dollars if they continue to invest in new coal mines and exports as the world shifts away from fossil fuels.

These are the findings of a new study published today in the journal Joule by a team led by Imperial College London and including researchers from Queen Mary University of London and Deloitte.

In an economic model of trade and prices, the team combined data on coal resources and demand. They calculated the risk of stranded assets for coal investment under two decarbonisation scenarios: business as usual, in which coal mining and consumption continue as they do now, and a sustainable pathway in which coal consumption is reduced in order to keep global warming well below 2°C.

By 2040, one-third of today’s coal mines will be stranded assets if the sustainable path is followed. As a result, these assets become economically unviable before the end of their operational lifetime and must be scrapped. As international trade shrinks, coal-producing countries such as Australia and Indonesia will lose vital export revenues and jobs. In this scenario, Australia, for example, could lose $25 billion per year, and 2.2 million jobs worldwide could be jeopardized.

These losses, however, are avoidable, according to the authors, if financial institutions and governments prepare for the change. This could include early coal divestment to avoid future development lock-in, as well as funding coal worker retraining.

Decisions made now will determine whether economies win or lose money as the coal industry changes over the next couple of decades.

“This is not to say that all new coal investments – such as the deep mine planned for Cumbria – will be unprofitable,” says Dr. Iain Staffell of Imperial’s Centre for Environmental Policy, “but investors must carefully assess the financial, reputational, and environmental risks when pursuing new coal mining projects.”

There are significant economic benefits to phasing out coal in many parts of the world. China, Europe, and India would save money under the sustainable path because they would import less coal. As coal is phased out, Europe, for example, could gain $20 billion per year.

Overall, the researchers estimate that the sustainable path will result in a global net savings of $10 billion per year by 2040 due to lower coal transportation costs, in addition to the economic savings from reduced air pollution and health consequences.

Importantly, the authors argue that under the business-as-usual scenario, many more economies will suffer: the longer the world waits to phase out coal, the more extreme the measures to reduce carbon emissions will have to be, resulting in more stranded assets and job losses in the long run.

“Businesses have a limited window of opportunity to get ahead of the sweeping changes that face the coal industry,” said Dr. Staffell. We must build human and financial resilience to ensure that workers do not lose out and to facilitate the transition to a coal-free world.” On a global scale, the financial and job losses will be minor, but they will be heavily concentrated in mining regions, causing some developing economies, such as Indonesia, to suffer disproportionately if the transition is not carefully managed. When economic and job losses begin, it will be too late; we must begin preparing for these changes now.”

Coal mining and consumption are being phased out rapidly in many Western countries, but global coal consumption is increasing, particularly in Asia, which is home to three-quarters of all new coal power plant capacity.

In the 2000s, China opened a slew of new coal mines, most of which have a 30-year lifespan. The decisions that countries like China and India make in the coming years about whether or not to continue mining and consuming coal will have a significant impact on the global trajectory, according to the team.

Similarly, India’s energy consumption is on the rise, and if new coal capacity is built to meet demand rather than renewables, the world will be locked into more decades of coal trade and consumption, which will harm both the climate and the global economy.

Thomas Auger, the study’s first author, conducted the research as part of his MSc in Environmental Technology at Imperial College’s Centre for Environmental Policy, in collaboration with Deloitte, which provided him with access to coal market data. “The wealth of knowledge from academia and industry provided us with an unprecedented opportunity to analyze not only the global situation over the next 20 years but also how individual countries would fare,” he said.

“Our analysis indicates that there will be significant winners and losers as a result of this transition, but the future is not set in stone. The more governments plan for the green transition, the less of an impact it will have on economic stability and people’s livelihoods.”