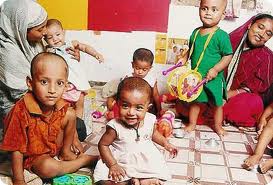 A non-governmental organization (NGO) is any non-profit, voluntary citizens’ group which is organized on a local, national or international level. Task-oriented and driven by people with a common interest, NGOs perform a variety of service and humanitarian functions, bring citizen concerns to Governments, advocate and monitor policies and encourage political particpation through provision of information. Some are organized around specific issues, such as human rights, environment or health. They provide analysis and expertise, serve as early warning mechanisms and help monitor and implement international agreements. The terminology NGO may be used to include any institution or organization outside the government and as such may include political parties, private and commercial enterprise, co-operative, trade unions, etc. In fact, the terminology involves all those organizations, which are concerned in multi-dimensional development activities with the objective of alleviating poverty of the rural and urban poor.

Though the NGOs work outside the government structure, they work within the legal framework of the country. In Bangladesh, the NGOs are used to register themselves with the Government under the Voluntary Social Welfare Agencies (Registration and control) Ordinance of 1961 and the Foreign Donation (Voluntary Activities) Regulation Ordinance of 1978. Presently, in Bangladesh there are as many as 13,000 organizations registered under the societies Act and 438 organizations registered under the 1978 Ordinance. However, among these organizations, roughly 600 are engaged in development activities (Task Force Report: 1991), Given the heterogeneity and overwhelming number of NGOs it is somewhat difficult to categorize them into distinctive types, NGOs could be classified as follows: