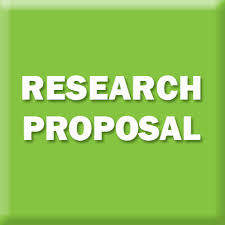 This is a handout I often give to students when I expect them to provide a research proposal for a course project. That is, it’s intended for fairly brief proposals, not a prospectus for a masters or doctoral thesis.

It gives students an example of the sort of thing I want, plus some commentary (in italics) about what I’m expecting in each section. I sometimes change the particular example given, in order to encourage them to think about particular kinds of projects. For instance, the example provided here was used in a Leadership Communication course. I’ve used the same format, but a different research project example, for a course on Organisational Communication Technology.

Feel free to adapt it to your purposes.

(Note: This is single spaced to save paper; yours should be double-spaced)

Proposed Research Topic: A situational analysis of shared leadership in a self-managing team [provide a brief description or a descriptive title or a research question]

Purposes:  Alvesson (1996) claims that a situational approach enables leadership to be viewed and studied as “a practical accomplishment” (p. 476) rather than starting with a conceptualisation of leadership as whatever the appointed leader does.  This approach seems particularly well suited to self-managing teams (SMTs), in which leadership is presumably shared.  In this project, I will explore how members of a self-managing team enact leadership in their regular team meetings.  In particular, I will focus on how  SMT members influence the direction of the team as well as the relationships and identities of individual members and the identity of the team as a unit, and how their interaction is enabled and constrained by social and cultural influences (eg, organisational culture, national/ethnic culture, and gender).  Such a study should give insights into the workings of SMTs, an organisational form that is rapidly gaining in popularity and acceptance.  Also, the study will test the usefulness of a perspective (the situational approach) that is underdeveloped in the leadership literature.

[Expand on the topic/question by describing what you hope to accomplish, and the desired outcomes (especially the practical or theoretical benefits to be gained)]

Background:   I will conduct my study in a team that is within the Roadworks Division within the Hamilton City Council.  Roadworks has 12 SMTs, each of which is responsible for maintenance of roads within one geographical section of Hamilton.  This particular team includes four men and a woman.  Three of the men are in their thirties and one in his early 50s; the woman is in her thirties.  They are assigned to an area around Chartwell.  They start each day with a brief (15-45 minute meeting) on an agreed upon site, often just gathering around the back of a truck for their meeting.  I will attend these three mornings a week for four weeks, and will stay on to observe their work for approximately 20 hours during the four week period.  My primary focus will be on their interaction in meetings, although I will also observe (and perhaps enquires about) interactions during their other work.

[Describe the context of the proposed research, making it clear how this context will allow you to accomplish your stated purposes]

Scope:  I will engage in participant-observation over a six-week period, from 8 April to  22 May for approximately four hours per week.  I will typically observe the morning meetings and stay for an hour or so to observe their other work.  On some days I may come at other times of the day for comparison.  I will not schedule structured interviews, but will interview team members informally, as needed to clarify and provide insight into specific conversations.  [Describe such things as the time you will invest, when the field work will take place, the number of participants, and the number of interviews you will conduct]

Theoretical framework:  I will be guided most generally by the interpretive perspective, and more specifically by Alvesson’s (1996) situational approach.  The interpretive perspective places the focus on interpreting the meanings and perspectives of cultural members, and how these meanings are negotiated (Trujillo, 1992). I am exploring the meanings the sales staff and customers have for themselves as individuals and for their relationships, as well as the meanings sales staff have for the organisation, group, and profession of which they are members.  The situational approach directs me to choose one or a few specific interactions to explore in depth.   Thus, an appropriate means of investigating the topic from this perspective is observation of conversation, plus interviewing the interactants to understand the meanings they have for their symbolic interactions. [Briefly identify and explain the theoretical framework you will use to guide your investigation,  how it fits your purpose and its implications for the research methods]

1. Conduct a literature review on leadership and communication in SMTs.

2. Observe the group four hours per week for six weeks, focusing mostly on conversations at team meetings, especially those conversations in which the group addresses changes to their work processes and issues of team relationships and identity(ies).

a. Tell me about the conversation you just had with X.

b. What were you thinking during the conversation?

c. What do you think she/he was thinking?

d. What do you think she/he was trying to do (or accomplish) in the conversation?

f. What were you thinking when you said that?

h. When you think about what you did and said in that conversation, how would you describe yourself?

4. Undertake a situational analysis of the field notes and interview notes, guided by Alvesson’s theory.

5. Write a research report that combines my understanding of the relevant theory and previous research with the results of my empirical research.

Limitations:  Time constraints of the semester require less time than may be ideal for an ethnographic study.  By being in the organisation for only four hours a week for five weeks, there are bound to be aspects of leadership practice, organisational culture and team communication that will not be revealed during my observations.  Being an outsider may also limit what is revealed to me.  The team members may be guarded in their conversations around me, especially in my initial observations.  [Describe conditions beyond your control that place restrictions on what you can do and the conclusions you may be able to draw]

Delimitations:  I am choosing not to observe multiple teams, even though such comparisons might be valuable, in order to allow more depth of understanding regarding the group on which I will focus.  Additionally,  I will not use structured interviews in order to minimise my obtrusiveness and my influence on the team members.  [Describe the boundaries of the study that you determine]